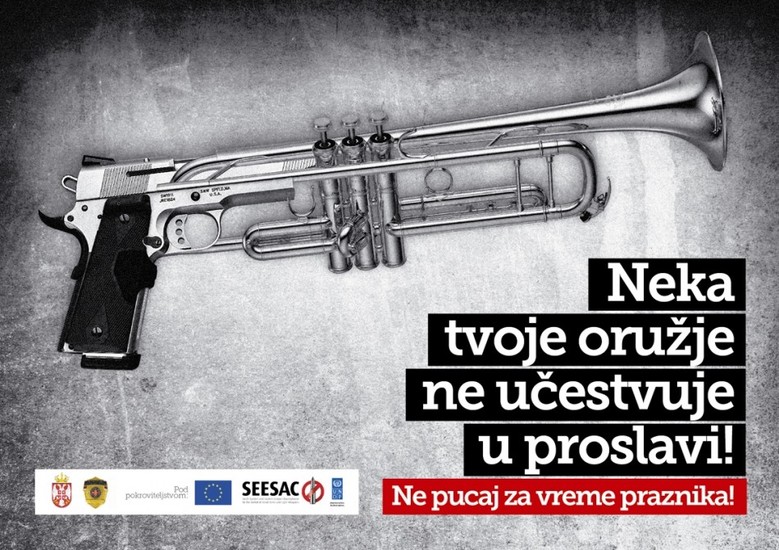 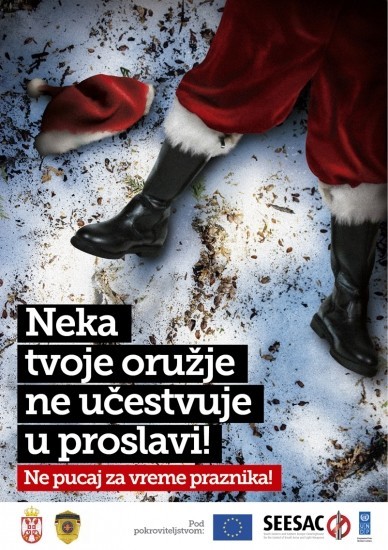 This holiday season, the Ministry of Interior of the Republic of Serbia (MUP), with the support of SEESAC initiated a nation-wide campaign which aims to raise awareness of the dangers posed by celebratory shootings. The objective of the campaign is to prevent firearm-related tragedies by sensitizing citizens to the risks posed by the use of firearms. The first phase will raise awareness through posters and informative leaflets distributed at police stations and other public places.

The campaign is part of wider awareness raising effort implemented by the MUP and SEESAC and funded by the European Union through Council Decision  2010/179/CFSP of 11 March 2010 in support of SEESAC arms control activities in the Western Balkans, in the framework of the EU Strategy to combat the illicit accumulation and trafficking of SALW and their ammunition.