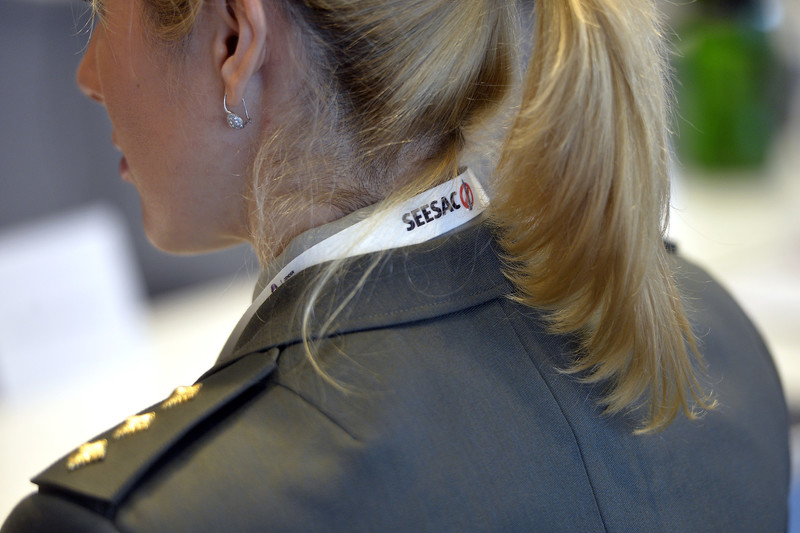 Highlighting major achievements on International Small Arms Control Standards (ISACS) from Fiji to the Horn of Africa, the report places SEESAC’s work on building national capacities on SALW control across South East Europe among the five global best practices on integrating ISACS into training on physical security and stockpile management. It is also the only best practice mentioned from the region of South East Europe.

What ISACS are and why they matter

ISACS provide practical guidance on ways to put in place effective national controls over the full life cycle of SALW. To diminish the risk of weapons falling into the hands of criminals, terrorists or others who would misuse them, SEESAC advocates for the implementation of ISACS in national and regional contexts in South East Europe. From 2014 to 2016 SEESAC, with the support of the European Union, renovated 11 SALW and ammunition storage facilities in Albania, Bosnia and Herzegovina, Kosovo*, the Republic of Moldova, Montenegro, Serbia, and the former Yugoslav Republic of Macedonia. These upgrades were accompanied by eight training courses, attended by 102 police officers and 75 armed forces and Ministry of Defense personnel from the region.

South East Europe – ahead of the curve on gender and SALW

Gender and SALW has been at the core of SEESAC’s intervention in South-East Europe since 2002.  To emphasize the different impact that  illicit SALW have on women, men, girls and boys, and to promote meaningful participation of women in related policymaking, SEESAC launched the Gender and SALW in South East Europe study and the respective practical tool for integrating the gender perspective into SALW legislative and policy framework. Currently, SEESAC is offering technical expertise to national counterparts across South East Europe that places sex-disaggregated data collection and analysis as the baseline for informed SALW-related policy making, planning and implementation, making the region a frontrunner on gender and SALW.