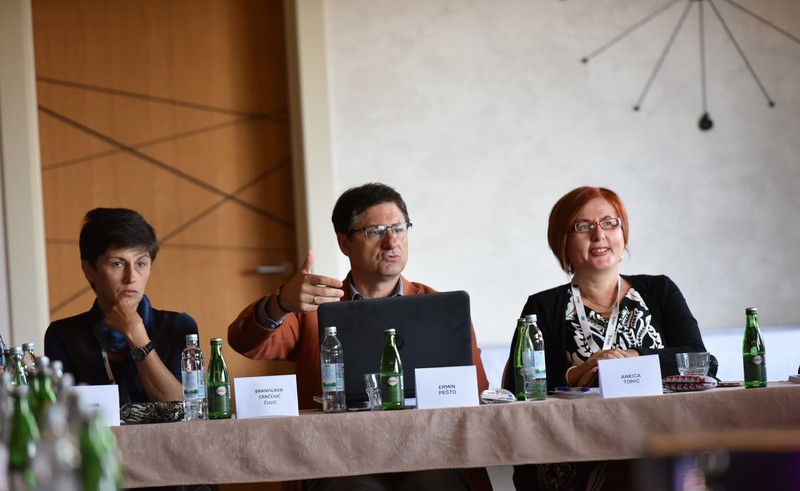 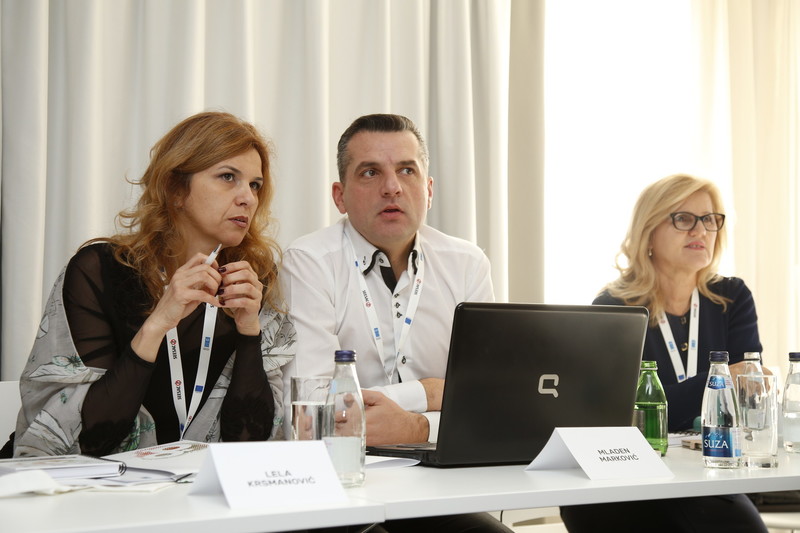 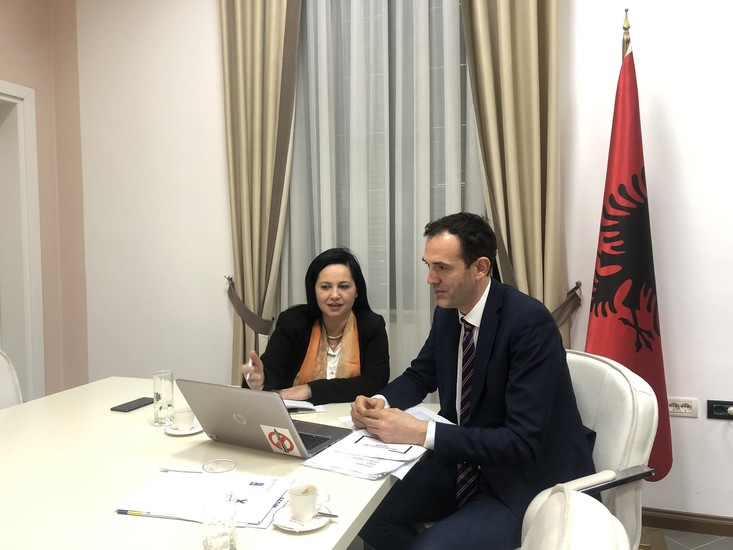 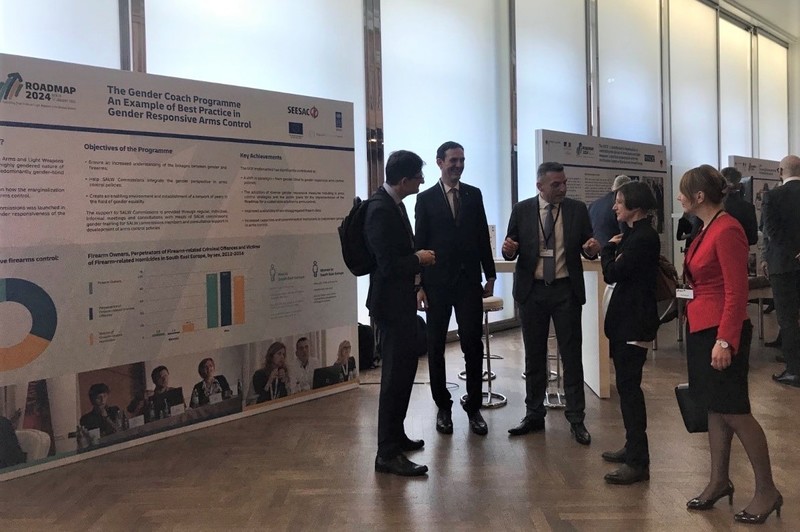 After the formal discussions and presentations, participants had the opportunity to visit the Gallery Walk organized outside of the meeting hall. Three innovative projects addressing different aspects of SALW control were introduced. Each project provided information on reasons for developing the concept, key objectives and achievements. SEESAC shared its experience in the implementation of the Gender Coach Programme, as an example of best practice in boosting Gender Responsiveness of SALW control policies.

The Gender Coach Programme started in 2017 based on similar experiences implemented in Sweden. We worked together with heads of SALW commissions in South East Europe to support understanding linkages between gender and small arms. This programme also explores new solutions to increasing the competencies and encourages the efforts of the senior officials, by supporting SALW commissions in including gender in SALW control framework and establishing an environment that allows implementation of gender equality initiatives. Such support is provided through regular, individual, informal meetings and consultations; gender training for SALW commissions and diverse forms of consultative support.

Heads of SALW Commissions Mr. Ermin Pešto (Bosnia and Herzegovina) and Mr. Mladen Marković (Montenegro) who participated in gender coach programme, shared their experiences with participants of the conference that visited our corner.

The Gender Coach Programme, through commitment of institutions, has contributed significantly to inclusion and adoption of gender in firearms control policies, visible particularly in the action plans prepared for the implementation of the Roadmap, and improved data collection.

The Berlin Conference is the second high-level meeting hosted by Ministries of Federal Affairs of Germany and France organized to take stock of the results achieved in the implementation of the Roadmap for comprehensive SALW Control in the Western Balkans. It brought together over 100 participants including Ministers or Deputy Ministers of Foreign Affairs and Interior from Western Balkans, governments’ representatives from Europe, North America, and international and regional organizations engaged in arms control, including the United Nations.