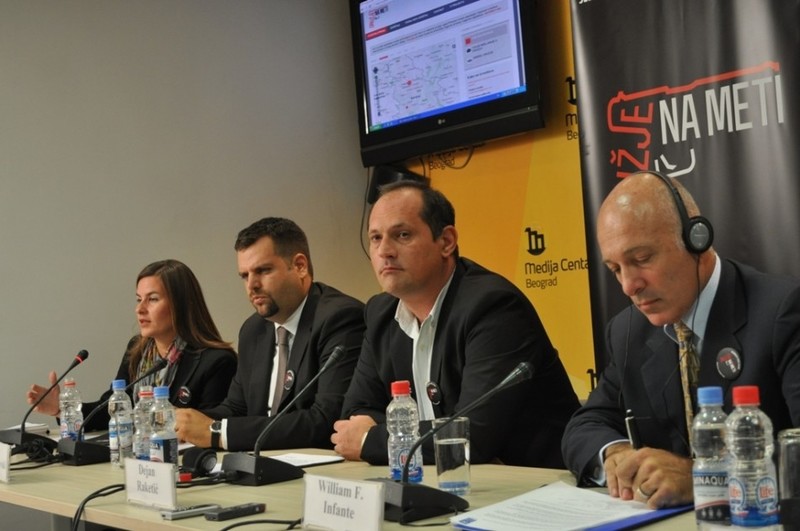 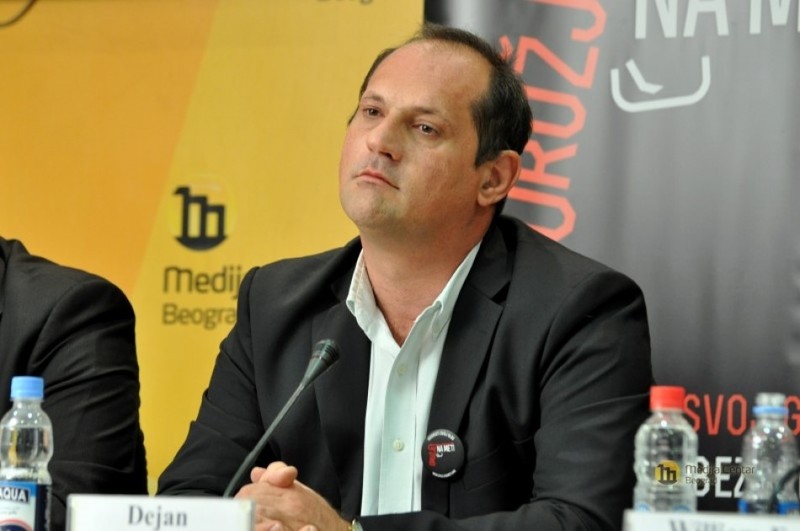 Dejan Raketic presented the Ministry of Interior of the Republic of Serbia and spoke about the presence of arms among the civilian population. 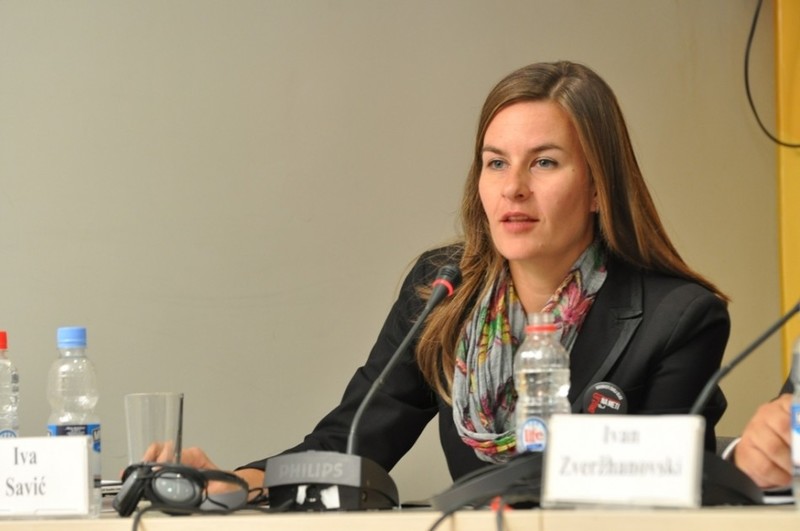 Iva Savic, SEESAC\'s Communications Officer presented the working of the platform to the audience. 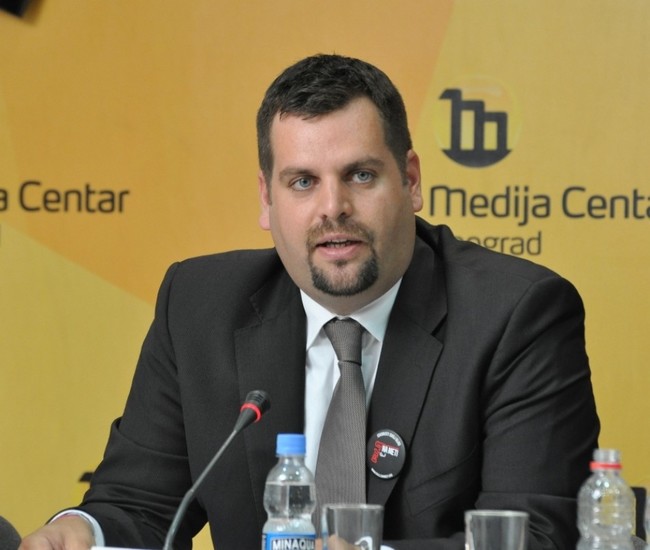 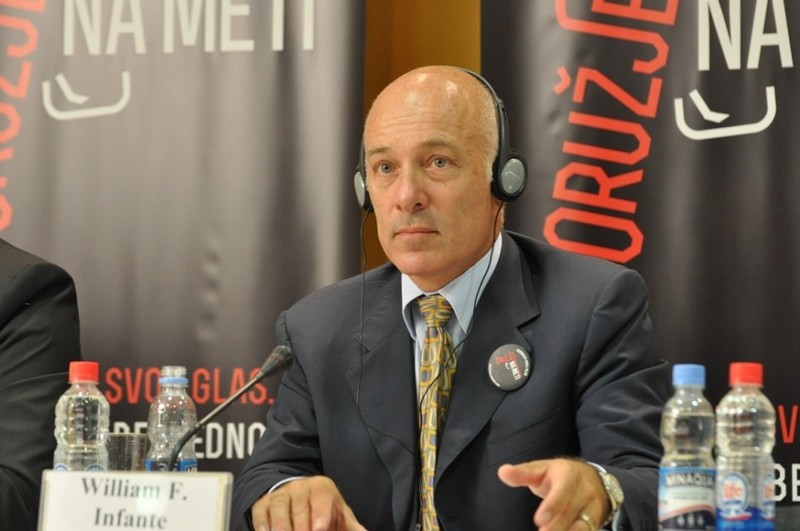 On 6 September 2012 UNDP/SEESAC launched its new project “Targeting Weapons“ (“Oružje na meti”). WWW.ORUZJENAMETI.ORG An innovative project, “Targeting weapons” aims to use new technologies and encourage direct citizen engagement in order to map the use of weapons and attitudes about their use and presence in Serbia.

Using an Ushahidi platform located at www.oruzjenameti.org, e-mail and twitter, the citizens of Serbia can now, safely and anonymously, express their views about gun culture in Serbia, and report sightings of weapons as well as weapons being used.  The citizen input will:

1. Help pin-point locations and identify situation where the presence of arms is frequent and  poses danger.
2. Give an opportunity for citizens to freely share their views on the widely-accepted notion of gun culture in Serbia.

Using these new methods, UNDP/SEESAC will thus form a systematic platform of public information that may prove useful for both citizens and competent ministries. Among other things, public attitudes expressed on the platform can be used to inform and support future SALW related policies such as amnesty initiation, awareness raising campaigns, and education initiatives.

“Safety is a key prerequisite for sustainable development of a country. Since 2002 UNDP helps build the capacity of national institutions in charge of security matters, both in Serbia and elsewhere in the region. Through the campaign "Targeting weapons" UNDP will try innovative methods and try to engage the citizens of Serbia to participate directly in identifying problems and creating a safer society" Mr. Infante said at the launch.

“There is an assumption that the culture and tradition of using and carrying firearms in Serbia is very strong, and most of society believes in this assumption. At the same time, the prevalence of legal and illegal availability of small arms and light weapons in Southeast Europe is a security risk and a threat to the sustainable development of society in the region. For this reason the campaign "Targeting weapons" that we are launching today aims to provide a real insight into the attitude of the citizens of Serbia in terms of culture and use of firearms, and to provide support to state institutions for safety and security for future campaigns, " said Dr. Zverzhanovski.

“The more information we have the better we’ll be able to respond.  It will tell us where the weapons have been sighted, and this is important to me, as a parent. If I see that there’s a concentration of weapons in one area I won’t let my kids go there. All of this information will simply make you or us, as citizens of this country or this town, more secure” concluded Mr. Infante and the end of the press conference.

The project is supported by UNDP Bratislava Regional Center “Innovation Fund” as well as by the European Union. The activity directly complements SEESAC’s core SALW control activities, which UNDP/SEESAC has been implementing in the Western Balkans over the past 10 years. Currently these activities are implemented under an EU Council Decision 2010/179/CFSP and include collection and destruction of illicit and surplus SALW, stockpile management trainings, awareness raising, and marking and tracing of weapons, among others.