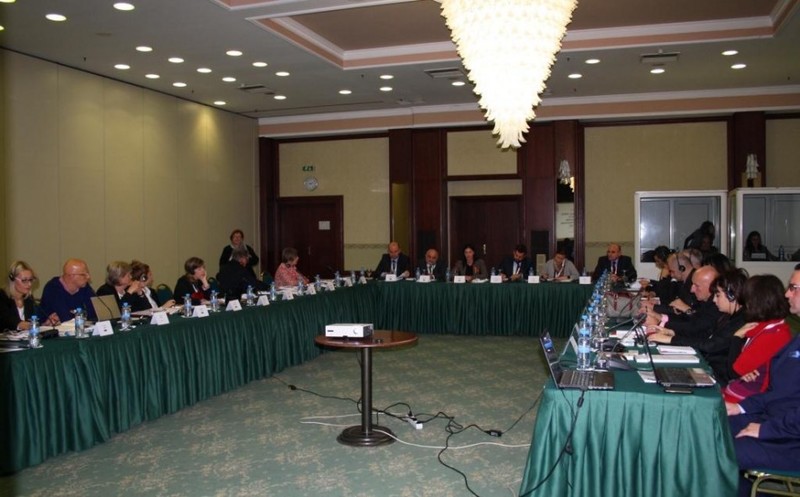 As a way of strengthening safety and security through regional cooperation in South East Europe, SEESAC facilitates regular meetings of authorities responsible for the development and execution of arms transfer policies in the Western Balkan countries – the Regional Information Exchange Process (RIEP) meetings on Arms Control.

The 12th RIEP meeting took place on 25 November 2014 in Skopje, the former Yugoslav Republic of Macedonia and participating were twenty (20) delegates from Albania, Bosnia and Herzegovina, Croatia, Montenegro, Serbia, and the former Yugoslav Republic of Macedonia. Three experts from the EU and the region were also present at the meeting, as well as representatives of UNDP’s SEESAC initiative.

At RIEP meetings, participants have the opportunity to exchange relevant experiences and knowledge. Specifically, RIEP meetings aim to facilitate the process of EU alignment in the Western Balkans region, particularly with regards to arms transfers control.

The Skopje meeting was opened by Ms. Anastasija Ileska, State Secretary in the Ministry of Interior of the former Yugoslav Republic of Macedonia, and by Dr. Ivan Zveržhanovski, SEESAC Coordinator.

The session dedicated to Updates from the Region focused on the issue of building the region’s capacities for reporting. The Ministry of Trade, Tourism and Telecommunications of the Republic of Serbia presented their recently upgraded software (AAERG Software), which allows for safe, detailed, and reliable record-keeping of arms transfer licences while also offering simple and flexible options for reporting.

Kadrija Kurpejovic of the Ministry of Economy of Montenegro and Mirko Kukolj, an independent consultant, each addressed the issue of national capacities for accurate reporting to the OSCE and UN.