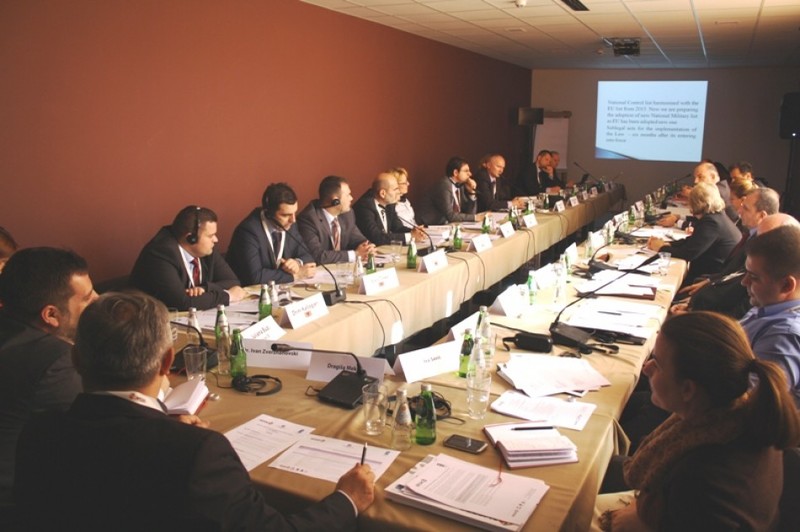 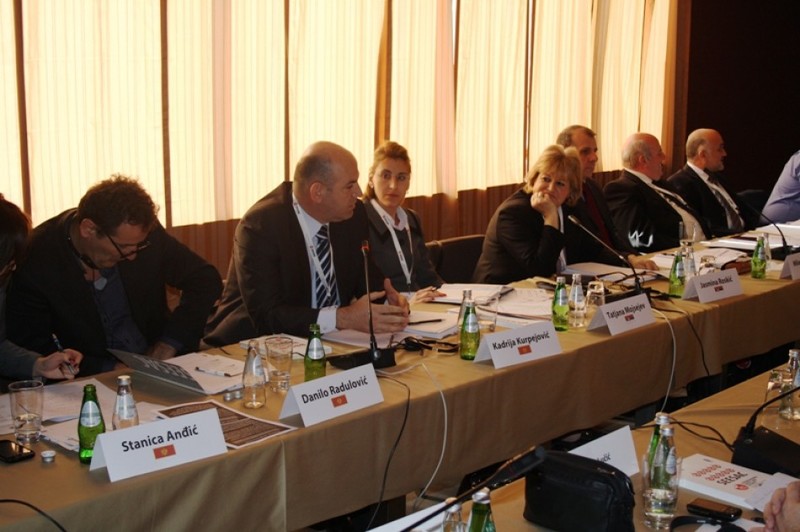 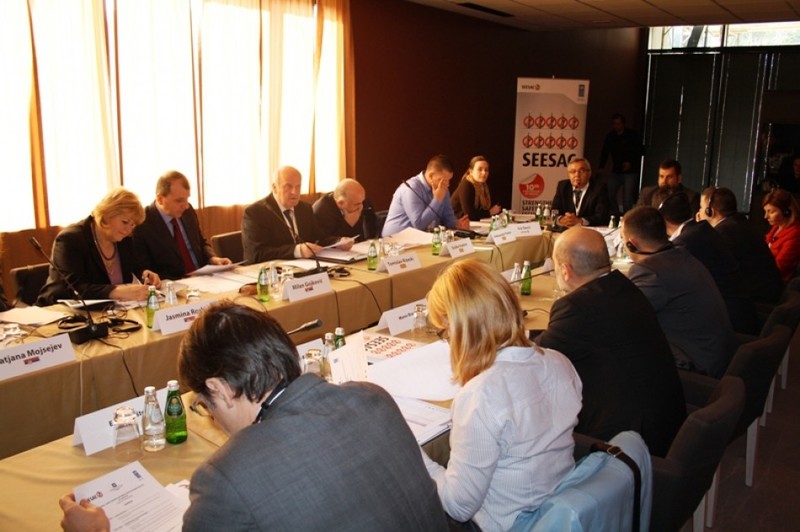 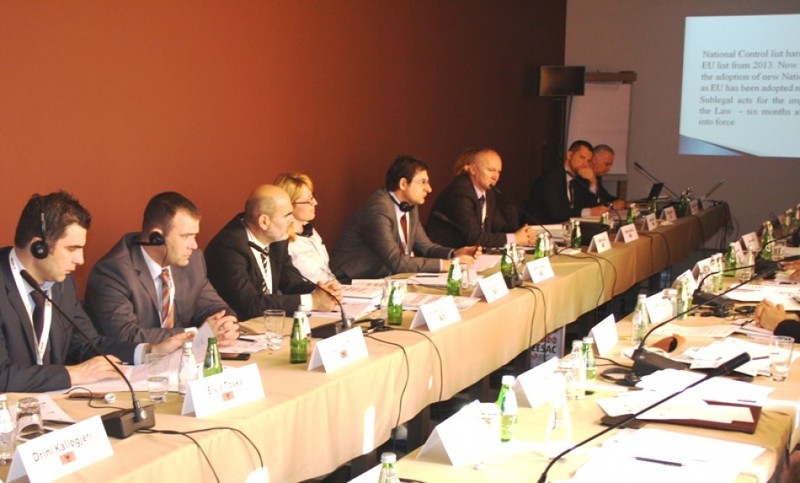 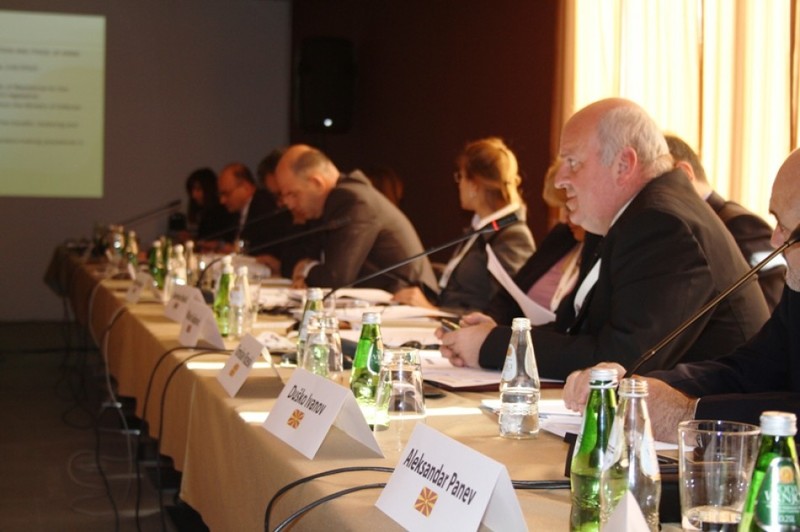 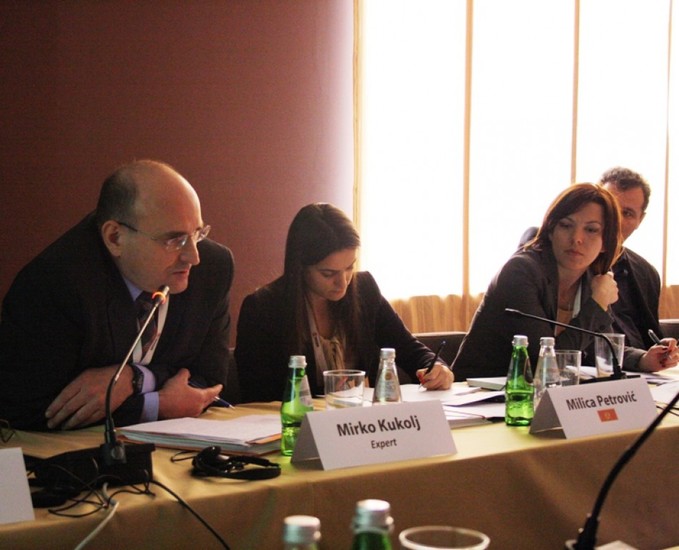 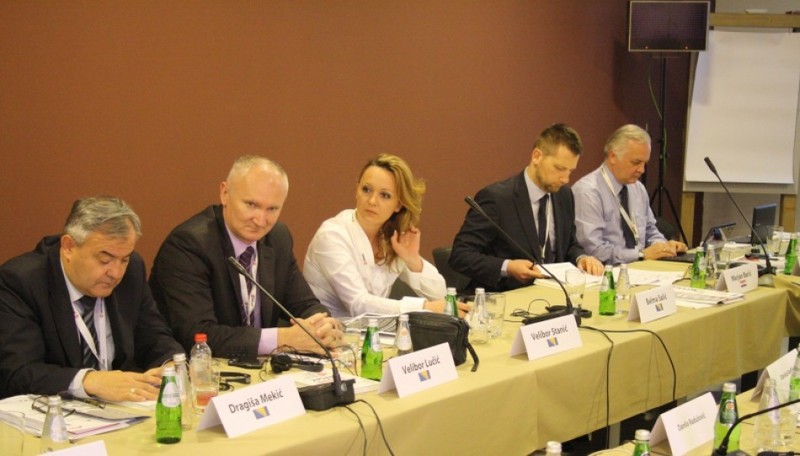 Most of the countries in the Western Balkans have been undergoing a similar process of integrating EU laws and policies on Small Arms and Light Weapons (SALW).  In order to help make this transition an easier one, and to enable more effective arms export control on a regional level, SEESAC has provided a platform for persons responsible for the development and execution of arms control policies in their respective countries, to meet each other and regularly exchange relevant experiences.

RIEP participants were welcomed by Mr. Dragiša Mekić, Assistant Minister at the Ministry of Foreign Trade and Economic Relations of Bosnia and Herzegovina and Dr. Ivan Zveržhanovski, SEESAC Coordinator.

Mr. Mekić highlighted the importance of the RIEP and emphasized that some countries from the EU have shown interest for this platform which confirms its significance and purposefulness.

The first part of the meeting was dedicated to new trends and challenges on export and import policies of participating countries. Representatives discussed recent updates in SALW legislative procedures and concluded that there exists a high degree of harmonization. The discussion revolved around experiences and solutions and was an excellent example of value added provided by RIEP.

Follow-up sessions featured an update on the ongoing SEESAC supported arms export control activities including the current state of the Brokering Database; as well as a case study on dealing with dubious brokering activities presented by Mr. Mirko Kukolj, independent EU expert.

RIEP was initiated in 2009 as a platform for persons responsible for the development and execution of arms transfers control policies in their respective countries, to meet each other and regularly exchange relevant experiences. RIEP meetings are regularly attended by representatives of six (6) countries, namely Albania, Bosnia and Herzegovina, Croatia, Montenegro, Serbia and the former Yugoslav Republic of Macedonia.  In addition to facilitating the exchange of practices and policies among colleagues in the region, some of the important by-products of the process have been the establishment of a regional Brokering Database as well as the jointly published Regional Reports on Arms Exports.