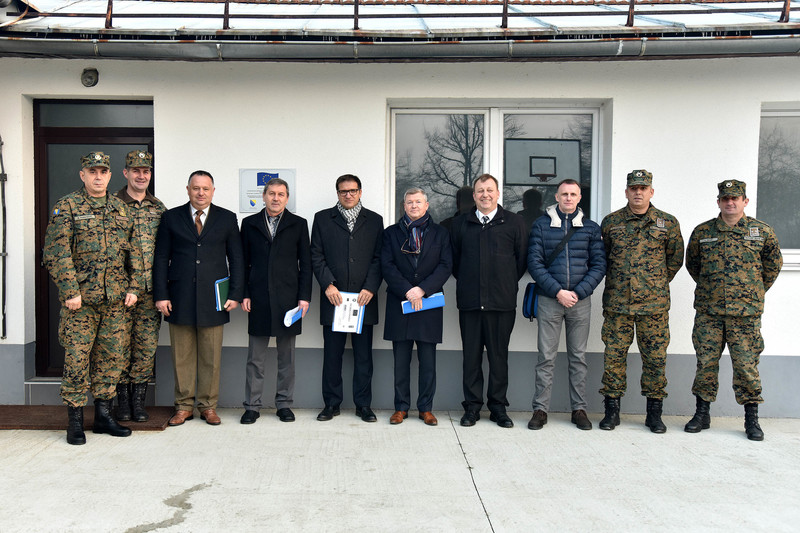 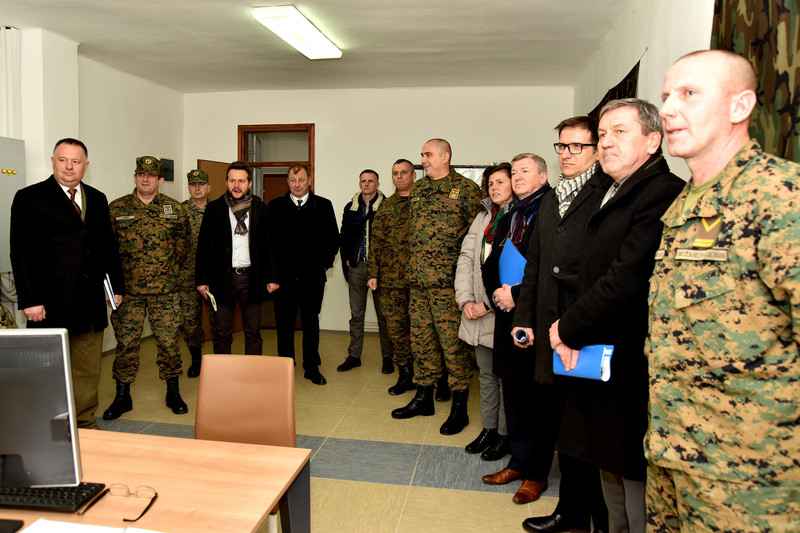 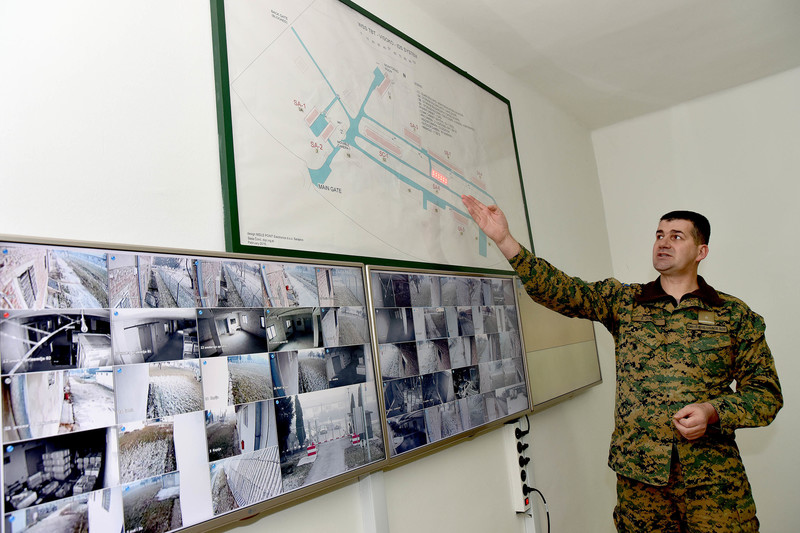 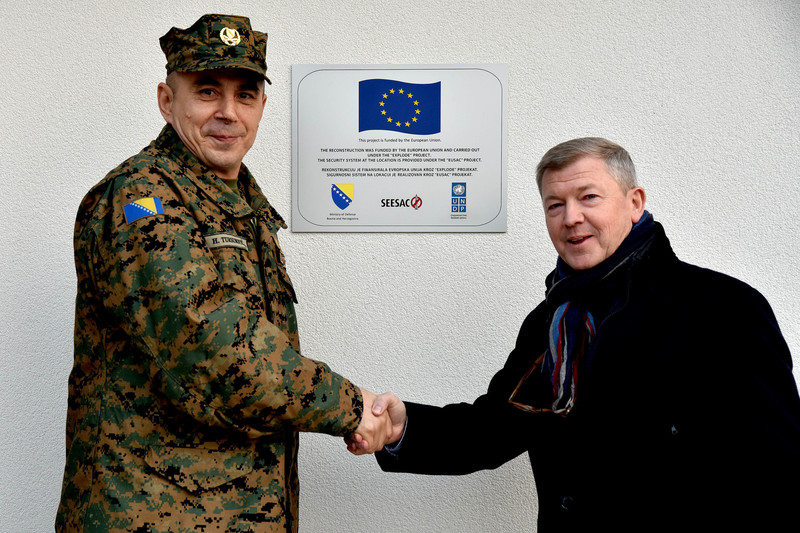 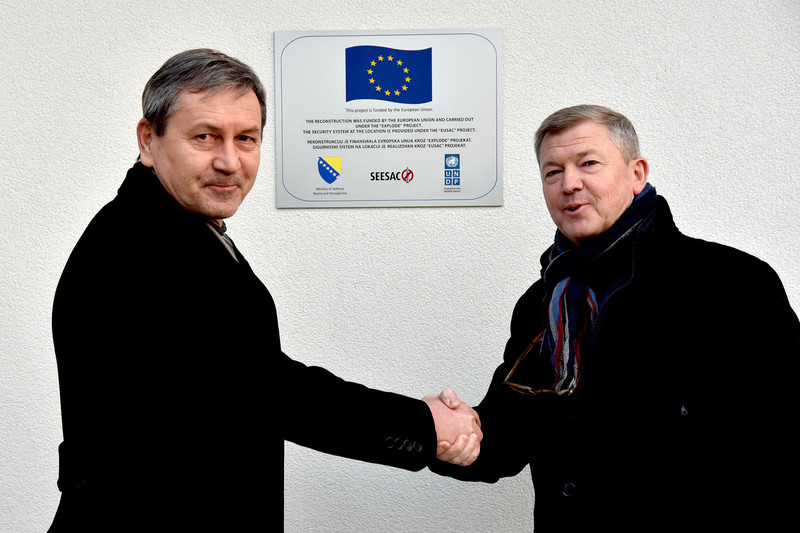 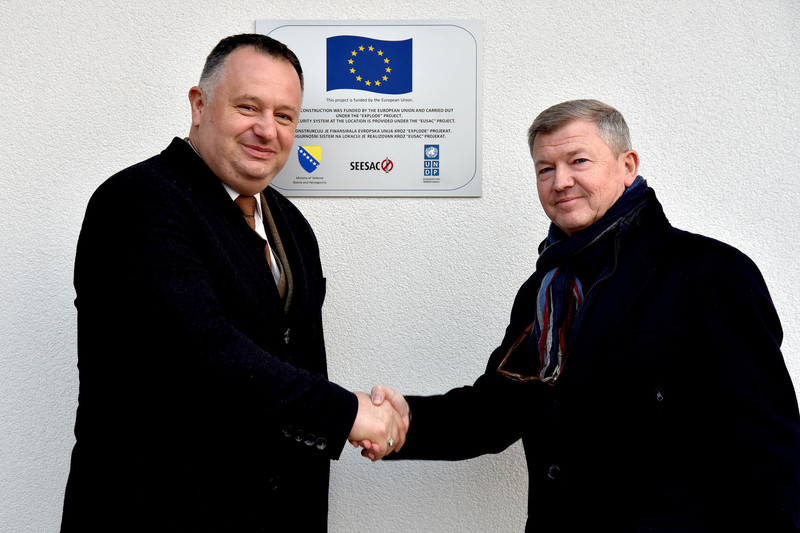 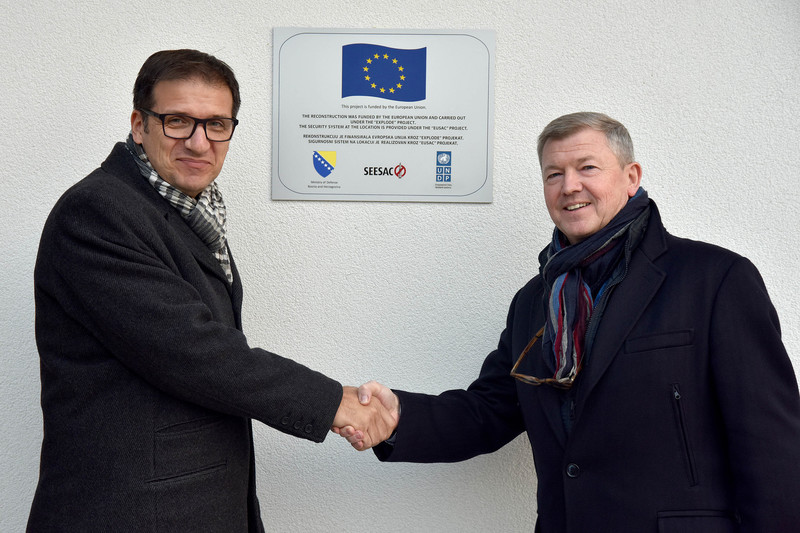 VISOKO – Handover ceremony of equipment donated by the European Union to the Ministry of Defense of Bosnia and Herzegovina (MoD BiH) worth USD 468,180 took place on 19 December 2016 at the Armed Forces of BiH facility in Visoko.

The European Union donated USD 468,180 worth of security equipment for two military storage sites ‘Rabic’ Derventa and ‘Teufik Buza Tufo’ Visoko, as part of the EU Support of SEESAC Disarmament and Arms Control Activities in South East Europe (EUSAC) Project. The donation is part of the EUSAC’s Component 1 that aims to improve security infrastructure and stockpile management for the storages of conventional weapons and ammunition stockpiles. The EU provided support through the EU Council Decision 2013/730/CFSP in the amount of up to 5.127,650 EUR.

"I would like to express my gratitude for this valuable and important equipment for MoD BiH. This donation is improving control and security of storage sites and contributing to the broader security of the country and the region”, Mr. Borislav Jezeraskic, Assistant Minister for Procurement and Logistics of MoD BiH said.

"UNDP and EU recognized the need for improvements of physical security at the locations of MoD BiH and its importance for the security in the wider region”, UNDP BiH Justice and Security Sector Leader, Mr. Slobodan Tadic said during the ceremony, highlighting that this donation “will also contribute to improved safeguarding of the stockpiles, as well as prevent SALW proliferation that may represent a threat to peace, stability and sustainable development.”


With funding from the European Union, SEESAC implemented of a series of region-wide activities in the period 2014 – 2016 through EU COUNCIL DECISION 2013/730/CFSP. The upgrade of storages is part of Component 1 of the resulting EUSAC Project (EU Support of SEESAC Disarmament and Arms Control Activities in South East Europe), which is an integral part of the SEESAC SALW Control portfolio.