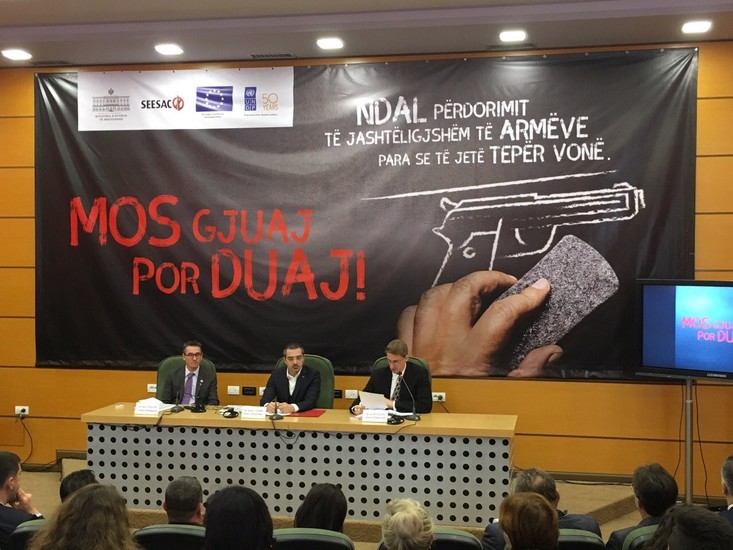 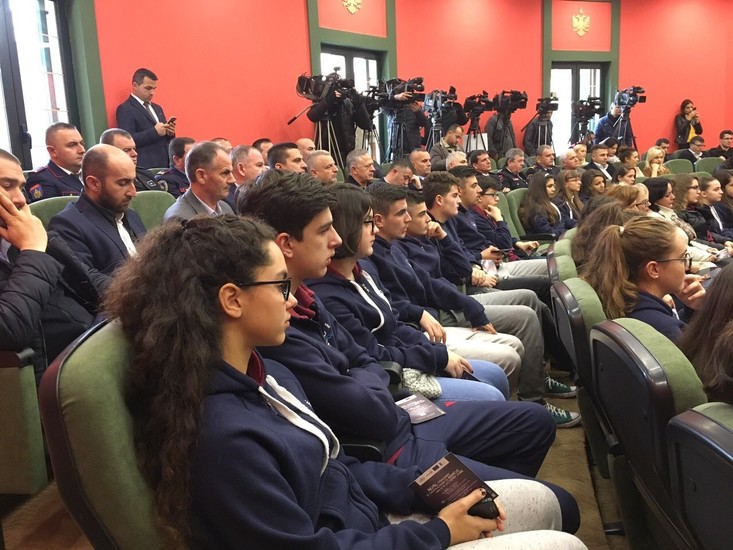 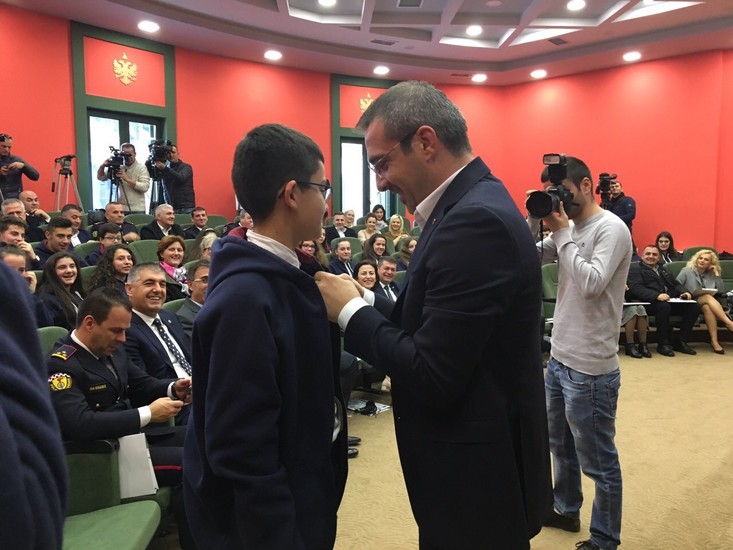 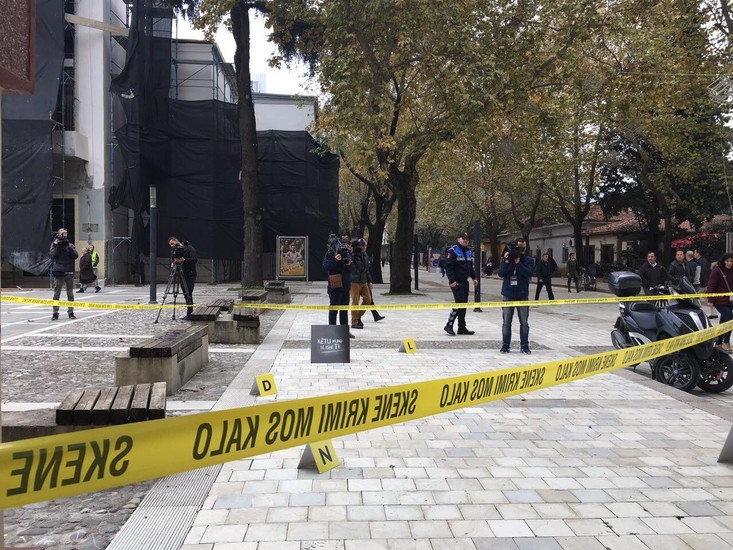 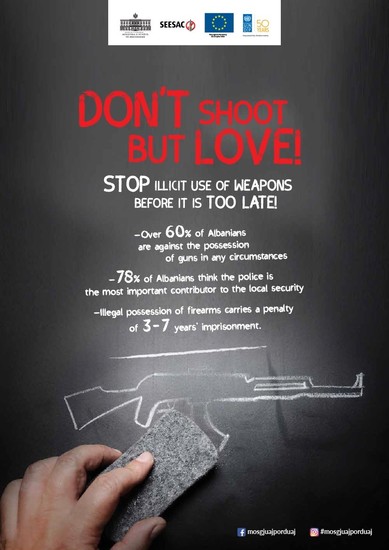 Tirana–15 November 2016. “Don’t Shoot but Love – Stop the Illicit use of Weapons before is too Late” campaign was launched today, to assist Albanian government in raising awareness on the danger of illegal possession and illegal use of firearms.

The campaign is taking place from15 November until mid-December 2016, with funding from the European Union and is implemented by the Ministry of Interior of Albania in partnership with UNDP SEESAC (South Eastern and Eastern Europe Clearinghouse for the Control of the Small Arms and Light Weapons)

As recent public opinion survey conducted for UNDP SEESAC by IPSOS polling agency showed, over 60% of Albanian citizens are opposed to firearms possession under any circumstance, and 78% believe that the Police is the main contributor of security in the country.

The main objective of the campaign “Don’t Shoot but Love” is to increase public safety by raising awareness among citizens on the dangers of illegal possession and misuse of firearms. A specific focus is placed on raising awareness about firearms misuse in the context of domestic violence. The campaign will target both the public and law enforcement institutions.

The campaign is using leaflets, posters, city lights, radio jingle, a TV spot and social media. The print material will be posted throughout the country and distributed at commercial venues, government buildings and various public places (markets, bus stops). The TV spot will be aired by national broadcasters, TV Vision + and TVSH, while the radio jingle will be broadcast on Top Albania, Club FM and Radio Travel stations.  New “Don’t Shoot but Love” Facebook and Instagram pages have been developed specifically for this campaign.

This awareness campaign is particularly significant, as illicit firearms possession and misuse of firearms in general require a long-term commitment and a strong, synchronized social and institutional response. The United Nations is committed to supporting the Government of Albania in its efforts to combat the threat posed by firearms.

This activity is funded by the European Union under the Council Decision 2013/730/CFSP in support of SEESAC Disarmament and Arms Control Activities in South East Europe (EUSAC project) providing necessary funds for arms control activities to be implemented by UNDP.