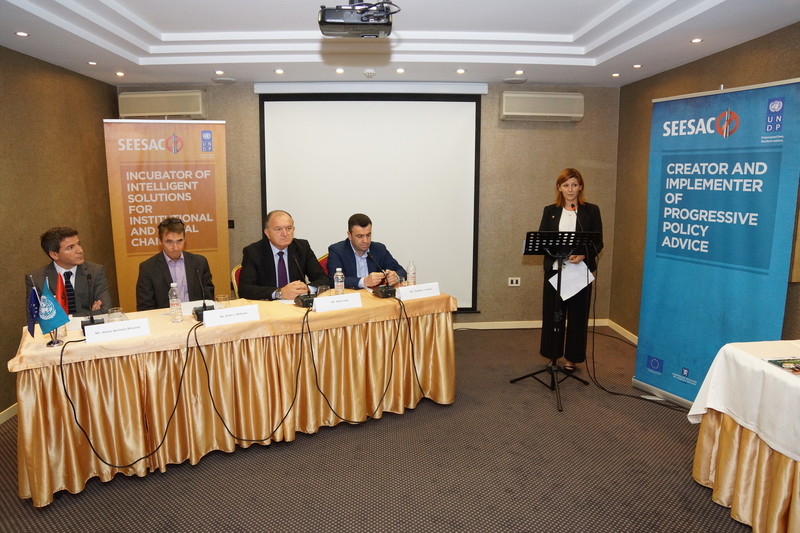 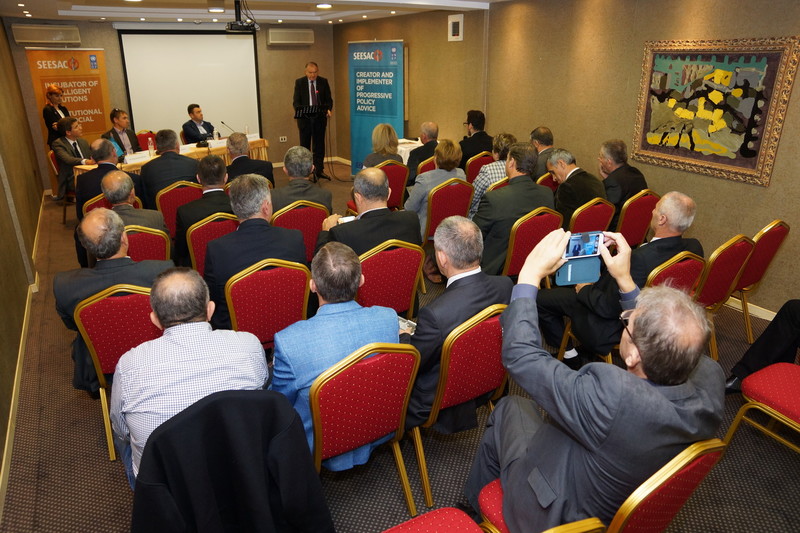 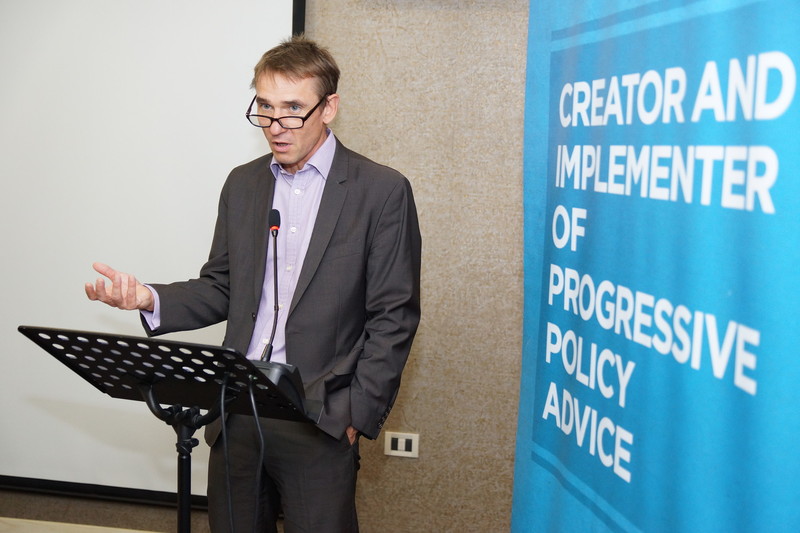 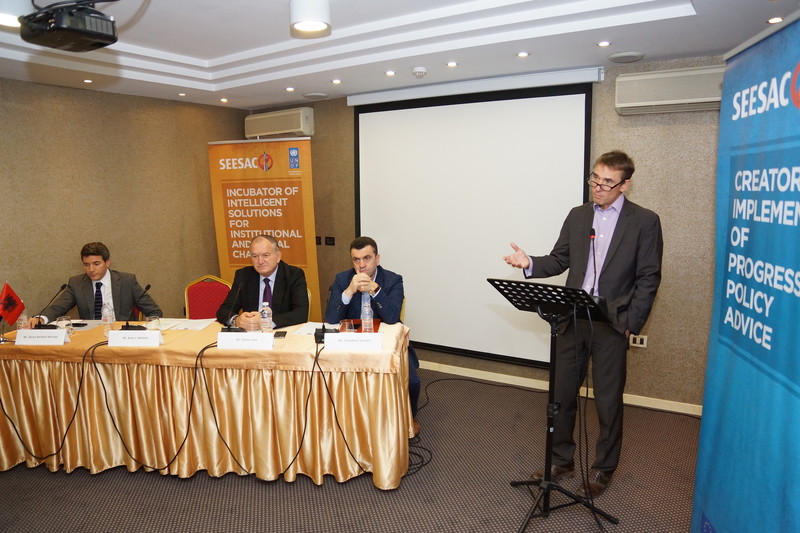 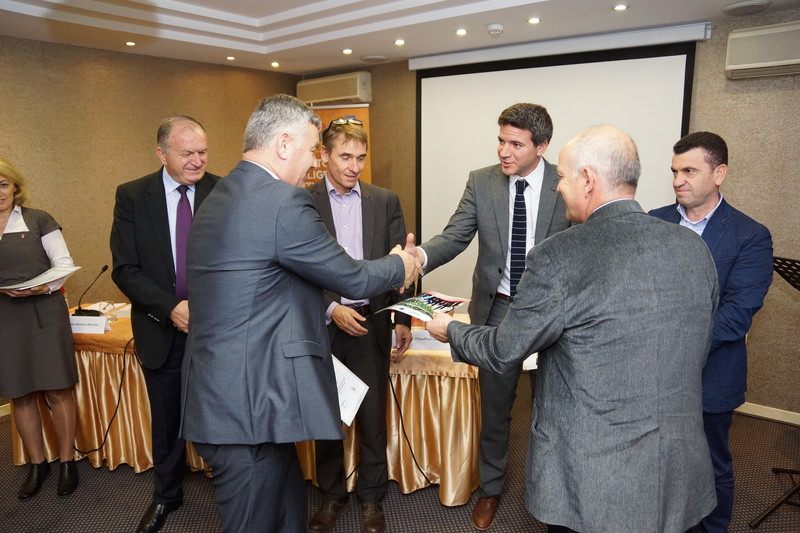 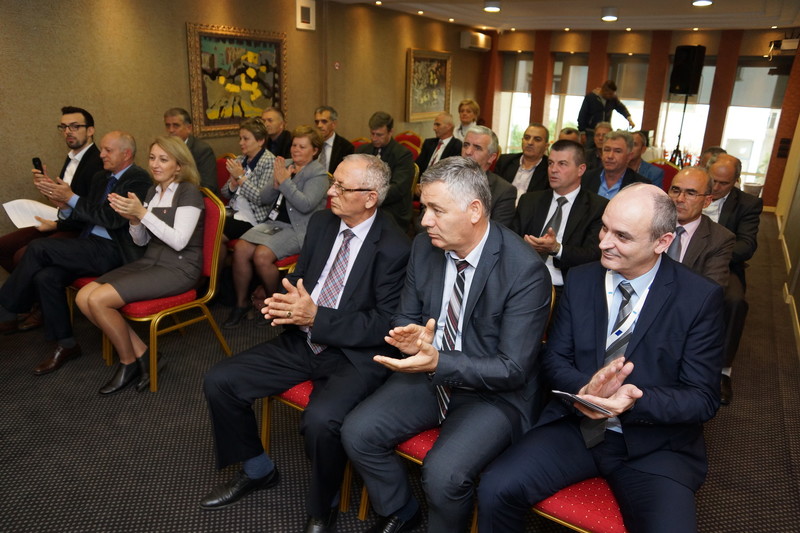 
Albania’s Deputy Minister of Interior Mr. Stefan Çipa, praised the UNDP and SEESAC for organizing the course and thanked the EU for available funding.


UN Resident Coordinator and UNDP Representative Mr. Brian J. Williams, told the participants that the course that they successfully completed is another contribution towards efficient arms control as technical capacities of the police services to manage and safeguard stockpiles of small arms and light weapons (SALW) and their ammunition are now further enhanced.


“I’m confident that the course achieved its aim to provide you with much needed specialized knowledge on the best practices and arms control international standards. UNDP and SEESAC are proud and strongly committed to continue this strong partnership with the institutions in Albania and our valuable partners such as the European Union, towards a safer and more secure region”, Mr. Williams emphasized.


The European Union is among the first regional organizations to recognize the negative impact of SALW on security and development in many regions of the world and as such, is a leading international actor in the fight against illicit accumulation and trafficking of SALW”, Mr. Alvaro Miranda Benlloch, the EU Integration Officer said during the ceremony.


“I am very confident that this new specialized knowledge and the skills you have obtained during the course, will help you to perform your regular jobs on daily basis in a more effective manner. It will certainly contribute to the overall achievements of your departments regarding the control of weapons and ammunition.”, he added.


Held in Tirana, the training was organized upon request of the Albanian Ministry of Interior and as part of Component 1 of SEESAC’s EUSAC project. The aim of the PSSM course was to increase capacities of Albania’s State Police with emphasis on the security of stockpiles. The participants gained theoretical and practical knowledge on the secure storage of armament and ammunition in accordance with the International Small Arms Control Standards (ISACS). The PSSM course also complements efforts to increase security of storages through infrastructure improvements implemented under the same component of the EUSAC project.


The history of large-scale accumulation of small arms and light weapons and ammunition stockpiles in South East Europe, an insufficient number of secure storage locations, and the persistent lack of sufficient capacities to fully secure them has made the countries in the region a particular concern as well as an important challenge in the European Union Strategy to combat illicit accumulation and trafficking of small arms and light weapons (SALW) and their ammunition.


Promoting just, peaceful, and inclusive societies is one of the 17 Sustainable Development Goals (SDG) adopted by the United Nations at the Sustainable Development Summit held in New York in September last year and which the UN members have determined to achieve by 2030. This week’s training is a contribution to achievement of SDG 16, which aims to significantly reduce all forms of violence, and work with governments and communities to find lasting solutions to conflict and insecurity.


The European Union entrusted SEESAC with the implementation of a series of region-wide activities in the period 2014 – 2016 through EU COUNCIL DECISION 2013/730/CFSP. The regional course is part of Component 1 of the resulting EUSAC Project (EU Support of SEESAC Disarmament and Arms Control Activities in South East Europe) which is an integral part of the SEESAC SALW Control portfolio.