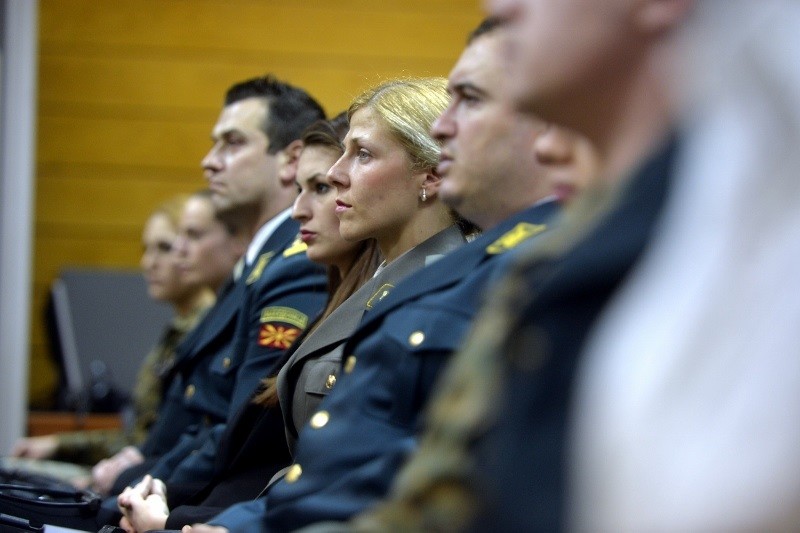 Gender still does not come first on the to-do list of leaders and decision makers in South-East Europe. But recently, it has reached the agendas of decision makers, who are starting to see gender as crucial for addressing the safety and security needs of the people they serve. On the initiative of Mladen Marković – President of Small Arms and Light Weapons (SALW) Commission in Montenegro, SEESAC launched the Gender Coach Programme in South East Europe this year.

The Gender Coach Programme was implemented in Sweden in 2007 and piloted in the Western Balkans for the first time by SEESAC within the Gender Equality in the Military project. The aim of the programme is to boost the gender-responsiveness of institutions by developing competences and fostering commitment among the senior management. The programme is based on a peer to peer approach, between relevant representatives of institutions, presidents of SALW commissions, and SEESAC’s gender and SALW experts. Confidentiality is one of the Gender Coach Programme’s strongest assets. The topics discussed during the sessions range from the way gender shapes specific risks that women and men face, gender analysis, sex disaggregated data and risks related to dominant forms of masculinity. The programme is also accompanied by long-term consultative support, where SEESAC experts are available to respond on a case-by-case basis to institutions’ needs.

Since the beginning of the year, Dragan Bozanic – who leads SEESAC`s work on Gender and SALW, has had five one-on-one sessions with Ermin Pesto and Mladen Markovic - leaders of SALW Commissions from Bosnia and Herzegovina and Montenegro.

Gender equality is crucial in adopting national policies and it is, therefore, vital to provide training about the meaning and importance of this concept with the aim of active participation in creating a gender-balanced society.

As this is a relatively new topic that challenges the existing habits, I eagerly and willingly took part in the Gender Coach Programme. Its formative aspect will enable me to understand the importance of this area in order to strengthen the awareness of common stereotypes, with the aim of adopting modern and democratic values, along with the values of civilization, and thus contribute to the work within the department and beyond.

Since 2002, to make gender the norm in South East Europe, SEESAC has been working with key stakeholders around the region from ministries to police officers and prosecutors, providing training, one-on-one sessions, and data for informed policy making.

Gender Coach Programme is based on one of the recommendations of SEESAC’s Gender and Small Arms and Light Weapons (SALW) Study - the first of its kind in South East Europe. The study shows that men account for an absolute majority of both perpetrators (over 97%) and victims of firearm related incidents (over 80%). Women are very rarely perpetrators of these incidents (1-3% of cases), but are significantly more represented among victims (from 9 to 22%). While guns affect men and women differently, policy in South East Europe regulating usage and ownership of guns mostly does not involve gender at all and when it does, it is inconsistent.