What I ask myself when I think about gun violence 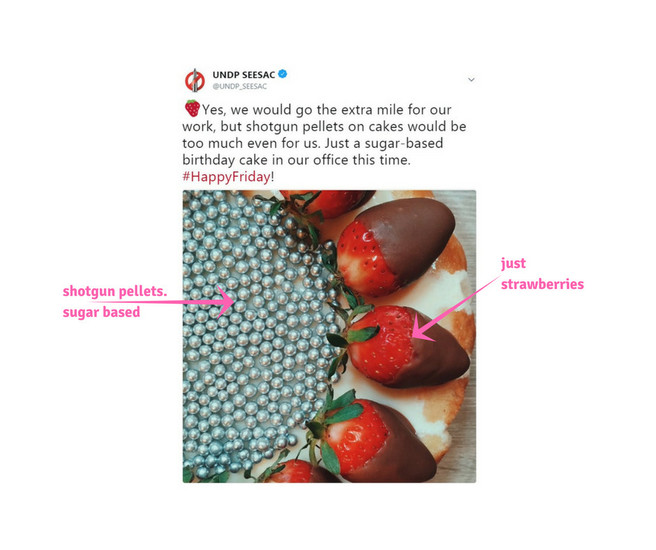 Confessions of a communications person whose tweets mostly include shotgun pellets, guns or a combination of the two.

Asking ‘how many people are being affected by gun violence in South East Europe’ is inevitable when your daily vocabulary includes: ‘small arms and light weapons', AK-47, ‘firearms focal points'. The confession below is not about how many incidents with firearms have been committed since I started writing this, or about how many people were shot on Christmas in Belgrade last year, nor about how many weapons were seized in Montenegro in May 2014. That is what the Armed Violence Monitoring Platform is about. The confession below is an insight into the less popular but equally important question posed by the Armed Violence Monitoring Platform: how does the media report firearms incidents in the region and why we should care about this.

Whose business is ‘domestic violence' actually?

Is ‘who did it' all that matters?

Across the region, the answer to ‘who commits most of the firearms incidents?' is men. 99% of offenders in Albania are men, playing in the same league with the rest of the region who scores over 96%.  At large, limited other information but gender is too often missing from the media reports, however, the victim is almost never the centre of the story. Notably in the cases of the Republic of Moldova and Kosovo*, reporting fails to mention the age of the victim.  Age-disaggregated data asks the questions beyond the obvious.  Yes, it is mostly men that are both victims and offenders of gun violence. Yes, it is mostly men that commit suicide. But it is mostly men in their 50s that choose to pull the final trigger – as freshly revealed by our AVMP - flagging that maybe we should also consider the ‘masculinity crisis' when fighting gun violence.

Where do we go from here?

Domestic violence is everyone's business and ‘who did it' is important but it is not all that matters.  Beyond these, what the AVMP revealed is that when it comes to ending gun violence forever, we must also consider the unusual suspects of the unusual suspects: the way media reports firearms incidents in this case.

What do you ask yourself when you think about gun violence? Let us know @UNDP_SEESAC.

PS: There were 2 incidents committed with firearms since I started writing this, there were no firearms-related incidents on Christmas in Belgrade last year and there were 2 weapons seized in Montenegro in May 2014.

About me: I think about guns more than the average person. I was born and bred in rural Romania and spent 24 out of my 28 years on the Eastern side of Europe. I tweet and I bake for @UNDP_SEESAC. My better half is on Instagram.