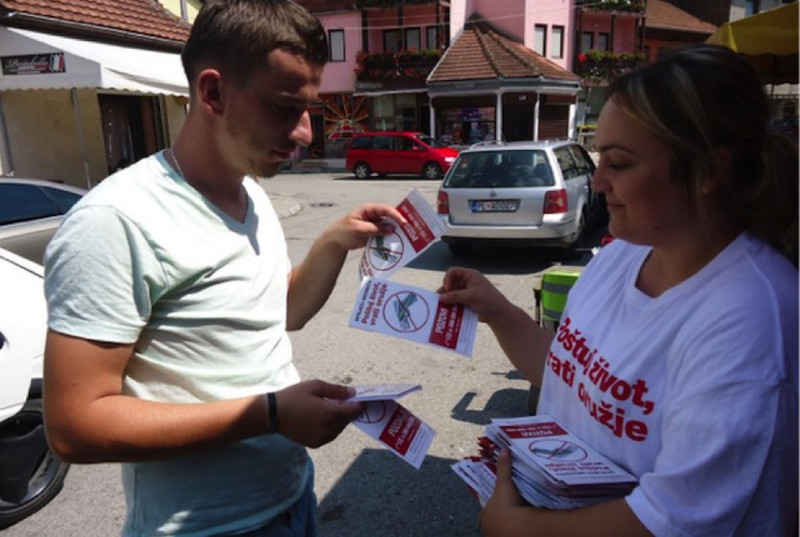 The culture of ‘bearing arms’ has long stood beside the traditional definition of manhood, dignity: physical  proof of the ability to defend your loved ones.


But what of the concept, “Human Security”? First introduced in a 1994, UNDP Human Development Report in 1994, human security is defined as a freedom from fear. But how could we feel such freedom when guns and gun violence was such a daily part of our lives in Montenegro? Growing up in the 1990s, in a territory that changed four official names in less than twenty years, life was marked by constant feelings of insecurity and volatility.

The impact of these local, regional and global changes in the security perspective has actually put a firm mark on my childhood. Being exposed to this gun culture as a child, even having witnessed several shootings – some fatal – I was always trying to comprehend the rationale of defending yourself with a gun.

I couldn’t grasp the way to break the vicious circle that weapons always create, regardless of the rationale behind using them.

It goes without saying, these childhood memories had a long-lasting effect. In a way, they also influenced my career decisions, as I graduated with a Bachelor’s degree in Security Studies. When I joined UNDP in Montenegro, I got an opportunity to get involved in projects and initiatives that address the issue of illegal weapons proliferation. I was particularly interested in Montenegrin Demilitarization (MONDEM) and the European Union-supported „Respect life, Surrender Weapons“ campaign, as they helped me realize just how difficult effecting positive change in the community can be.

The tradition of possessing illegal weapons in Montenegro cannot be wiped out in a short period of time. Legacy of conflicts, remnants of historical and cultural identity, along with the feeling of insecurity can’t be easily eradicated. The centuries of isolation faced by the region coupled with fragile peace and certain quasi-traditional beliefs have taken a toll on the speed of transitioning to a safer future. However, slowly but surely, by educating the community and spreading the word, we are making progress.

Weapons know no boundaries! Therefore, human security, a pillar of every democratic society, can only be achieved through cooperation on local, national and regional levels. If human security is people-centred security, it’s only logical that citizens’ awareness can lead to higher security standards and safer communities. Taking responsibility for your own actions and surrendering the illegal arms is a key to understanding that achieving and maintaining human security is responsibility of each and every citizen.

Within the “Respect Life, Surrender Weapons” campaign Montenegrins have surrendered 344 pieces of weapons, 90 explosive devices and 6,767 pieces of ammunition.  It’s not all of them but it’s a promising start.