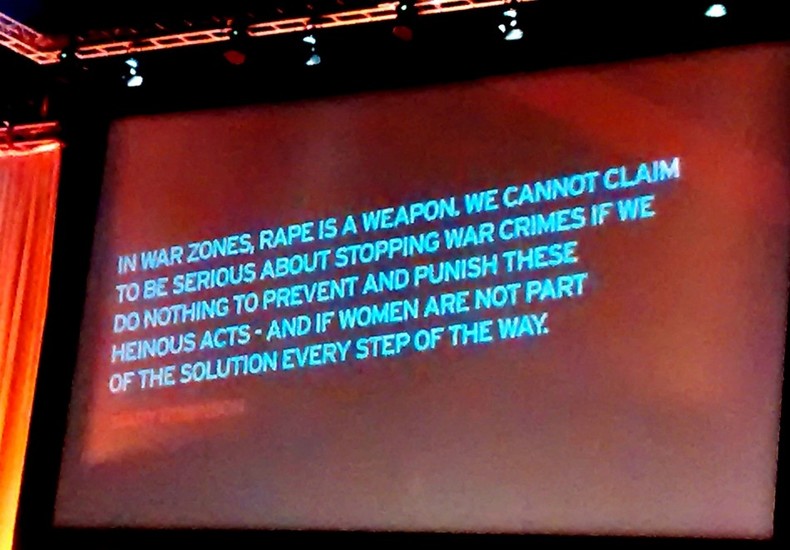 We attended a Global Summit to End Sexual Violence in Conflict last week. To be honest, I’m struggling a bit with summarizing my thoughts and impressions into a coherent text. What are the fitting words to rightfully address a global atrocity so often left in the scars and shame of its survivors?

Rape and other forms of Sexual Violence in Conflict (SVC) are horrifically effective as weapons of war. They are easily obtainable, cheap, and poignantly methodical at destroying both the bodies and spirits of their victims. What more efficient tactic is there than continuously torturing a person over and over, and by numerous perpetrators at that? As a victim of SVC, you are not even important enough to die – your body is there for the continued use and humiliation by others.

And the mind remembers. With the amount of shaming that our societies perpetuate against survivors of peacetime rape, it is hardly surprising that those violated during war have an even harder time speaking up - both as a result of their own trauma and because of the lack of safe space that has so far been made available for their accounts.

But some do. Despite the horror, the egregiousness, and the violations, some somehow summon the strength to tell others about what they went through. In one session at the Global Summit, I listened to a Bosnian survivor of rape who had been silent about his trauma for 19 years. He spoke of the difficulties he had in finding his voice, and the sustained pain in finding ways to use it. Another session featured a Congolese survivor who told of the nine years she was held by her captors before managing to escape.

And I think it has to be about the survivors. They need to be seen not as oppressed victims of unspeakable violence in a far-off land, but rather as teachers of lessons past, present and future regarding a widespread tactic of war happening on our doorstep, if not in our own house.

The survivors taught us that our shock, our outrage, and our indignation need to be channeled into concrete action. They furthermore taught us that this is not a gender issue to be treated separately from the traditional security agenda, but a reality of war to be tackled at the forefront of conflict dialogue.

You can read more about the summit here, and more about what SEESAC is doing to foster gender mainstreaming and gender equality in the militaries in the Western Balkans here.