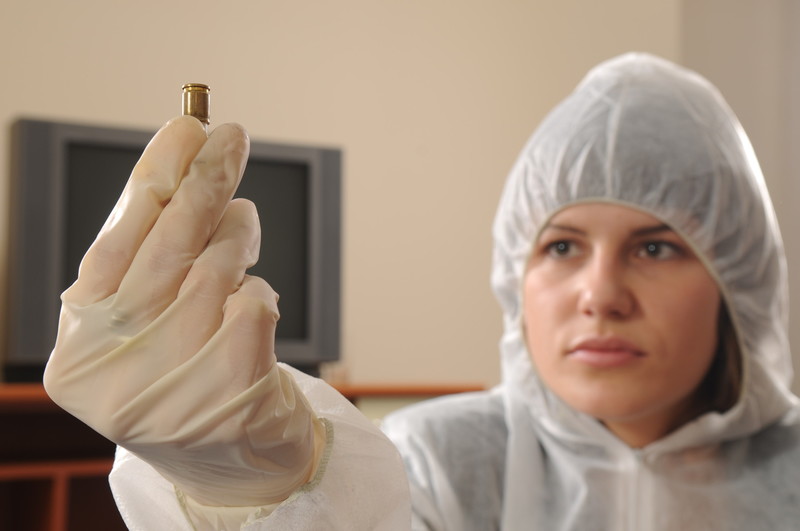 There has been a worldwide upsurge in domestic violence since the outbreak of COVID-19. Lockdowns and restrictions of movement imposed as a response to the pandemic lead to women being isolated and trapped in their homes with an abuser, significantly increasing the danger of violence, both in terms of frequency and severity.

The presence of the abuser at home often makes it difficult, sometimes impossible, for women to report violence or seek help. This suggests that the increase in violence against women and girls is actually significantly higher than the numbers show.

But there is another threat that exacerbates the situation further, and often goes overlooked: the presence of a firearm at home.

Firearms can be used or perceived as a means of threat, but rarely end up in official statistics.

Violence against women is the consequence of gender inequalities and power imbalances. Firearms are instruments of power and control. In the context of violence against women, they provide an ultimate tool for abusers to assert full control and maintain power over a woman – which is the goal of domestic violence. Firearms can be argued to ‘increase power imbalances and reinforce social hierarchies which give men dominance over women´.

Data that we’ve collected, in cooperation with small arms and light weapons commissions, reveals that homicide committed by a family member is the most common form of femicide in South East Europe.

The very presence of firearms in homes, even if not used, further reduces chances for women to report violence and diminishes their capacity for resistance.

Data on the prevalence of domestic violence in South East Europe during the COVID-19 outbreak is still sporadic. Through our EU-supported Armed Violence Monitoring Platform*, 16 domestic or family violence incidents involving the use of firearms were reported from the beginning of March and April, when most of the authorities in Southeast Europe enforced their lockdown measures. Considering that the quarantine and physical presence of the abuser at home makes it difficult for women to report violence or threats of firearm use, the number is very likely to be higher. 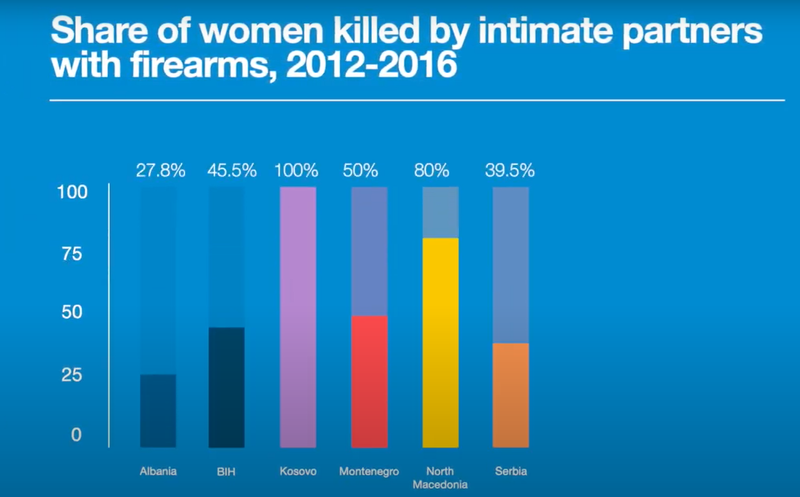 Specific circumstances under lockdowns require increased alertness and immediate response to the risks related to the presence of firearms.

More than two thirds of women killed with firearms in SEE are killed in their homes, apartments or yards.  These private spaces are where life under lockdown happens. And the lockdown practically annuls chances for outsiders to intervene and assist them. As a means of threat,  firearms in homes further reduces chances for women to report violence, to escape and diminishes their capacity for resistance.

We at SEESAC have been working to prevent the proliferation of firearms in South East Europe since 2002, and especially reduce misuse of firearms in domestic violence.

In cooperation with governments, we’ve undertaken massive data collection exercises to better understand the problem, and raise its visibility. We’ve trained institutions in charge of firearms control on the importance of the gender perspective for small arms control, and helped them develop practical responses to the use of firearms in domestic violence. Each jurisdiction is creating specific activities to effectively address the risks of firearms and domestic violence, such as this Serbian campaign.

Getting rid of the firearms is an important step. We support these governments in implementing weapons collections and amnesties to increase security and reduce the threat of illicit trafficking. The campaigns collect illegal and unwanted weapons held by the populations and inform them on ways to surrender them. More than 350,000 pieces of firearms were destroyed since 2002.

This work has already helped to lower the danger level of incidents by removing a potentially lethal recourse. Meanwhile, we are also working on the legal side, initiating massive gender screening of legislation in the Western Balkans. Its response to use of firearms in domestic violence will be thoroughly analyzed and recommendations on how to improve it will be drafted.

But our partners and UNDP offices are actively trying to address specific risks which have occurred during the COVID-19 crisis and ensure that the response to domestic violence fully takes into account the new reality.

The pandemic has clearly exposed challenges and weaknesses in the established response to domestic violence. While some of these challenges are pandemic-specific, most often they have already been there.  We need to both intensify our activities to combat domestic violence, but also to come up with solutions better adjusted to our changing realities, to new and hard to predict challenges.

* Reference to Kosovo shall be understood in the context of the Security Council resolution 1244 (1999).

This blog can be read under: