How an Infographic made Arms Trade more Transparent! 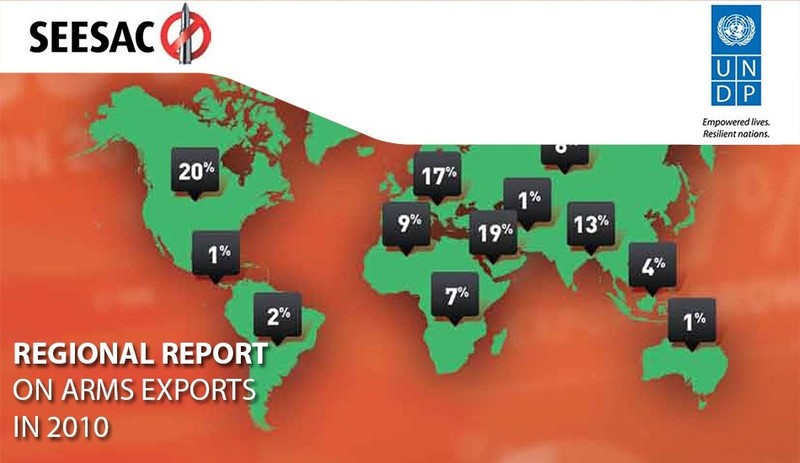 Weapons fuel conflict. Hence, preventing or at least controlling their flow significantly contributes to international peace and security. In order to do this, we needed data which would help track weapons and better respond to emerging or ongoing crisis. So, since 2005, one of the main issues we at SEESAC have been working on is the transparency of arms transfers to and from the Western Balkans.

To increase this transparency, we helped six (6) countries* analyze and publish data on the types of weapons they sell, who do they sell them to and for how much money. The national reports are published on an annual basis.

This was a breakthrough in itself. But we wanted to take it a step further and use it to promote confidence building in a region which only a decade ago experienced conflict.

Four years ago, with our help, these countries started reporting on their arms exports together! No one besides the EU has done anything similar. More importantly, this meant that recent wartime enemies were now reporting on a particularly sensitive security subject – arms exports – jointly! This was tangible progress!

The only draw back of the joint report was its impenetrable representation. Anything but appealing, the report consists of over a hundred pages of tables containing raw data. Only the highly interested, knowledgeable and persistent would be willing to take the time to go through its content, let alone make some sense out of it.

Inspired by the Knowledge & Innovation team in BRC, we decided to make the data more accessible to the average audience by introducing infographics.

As a result, these data visualizations were woven through the latest report, providing a better picture of the arms trade, and summarizing and highlighting the trends it contains.

One of the trends the infographics were designed to show was how many of the licences issued for arms exports by each of the countries were actually utilized. In other words, how many of the planed and approved arms deals came to fruition.

As we started flipping through a dozen of our new and exciting infographics, we saw something strange. One of the destination regions had a 100.2% licence utilization rate!! This implies that more weapons were sold than permitted by the authorities.

We quickly made phone calls to all of our national partners to see how this could be and we found out something that otherwise could have escaped our attention for years to come. Although they reported on the same period, unknowingly, each of the countries simply used a slightly different, albeit justifiable, method of reporting their numbers, and some of the chosen methods could lead to a suspicious outcome such as is 100.2% delivery rate!!! No law was actually broken.

Soon after, we held a meeting with representatives of all 6 countries and they agreed on one method of reporting that is in fact more consistent and transparent than the one used by the EU.

So, our next Regional Report on Arms Exports will be the most accurate and probably the most transparent such report in the world – all thanks to the insight of an infographic.

The moral of the story – data visualization is not only esthetically appealing, but immensely useful.