Guns in Serbia: Where are the numbers coming from? 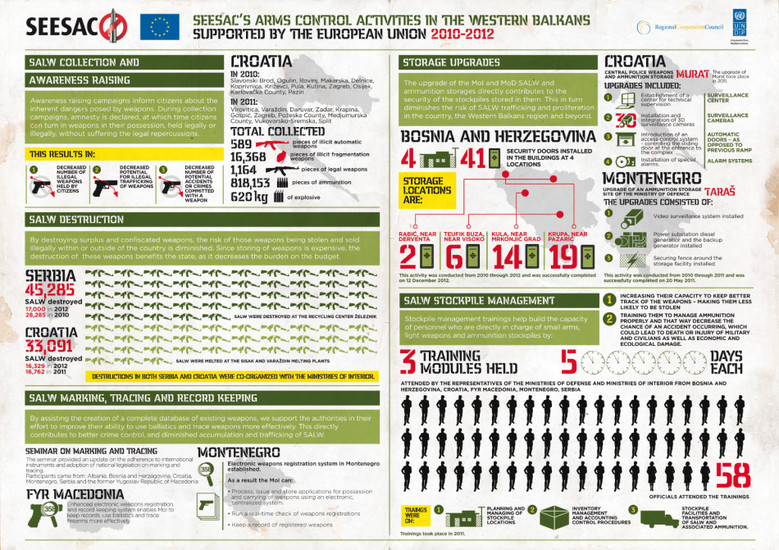 Is Serbia one of the most heavily armed nations in the world? How would you check that? Where would you look for the data?

The article claims that the citizens in Serbia currently possess about three million illegal firearms.

The last census indicated that there are around seven million people in Serbia. That would mean that gun ownership per capita in Serbia is one of the highest in the world.

The question then is: Where are these numbers coming from? I decided to check.

Although the article does not provide the source of this information, the numbers are very similar to the ones from an article published last year by “Blic”, a well-known Serbian daily newspaper “Serbians armed with three million illegal handguns and rifles” (Srbija naoružana sa tri miliona nelegalnih pištolja i pušaka).

Both newspapers mention “an international study, done in Geneva” as their source. According to them, there are about 38 firearms per every 100 people in Serbia.

The source is most likely the “Small Arms Survey” from Geneva, (a project of the Graduate Institute of International and Development Studies).

After a short investigation, I found a 2011 research note “Estimating Civilian Owned Firearms (pdf).” This one quotes the 2007 Small Arms Survey Yearbook which estimates the number of civilian owned firearms in Serbia at between 2,100, 000 (low total estimate) and 4,000,000 (high total estimate) guns. Hence 38 firearms per 100 persons.

The mystery of the estimated figure, however, remained, so I continued my investigation. And there it was! I discovered that the source for the Yearbook estimate is SEESAC research, “Living with the Legacy – Small Arms and Light Weapons Survey, Republic of Serbia” (pdf) and an article from a Serbian newspaper published in 2005.

Many illegal guns were confiscated by the police in the last eight years, and a huge number of those have already been destroyed.

So the information published eight years ago was re-published again in 2013 – but , since 2003, more than 110,000 small arms were destroyed in Serbia by the Ministry of Interior, with support from SEESAC.

I also want to emphasize that the real number of illegal guns is very hard to estimate and the process involved in the estimation is complex permeated with uncertainties.