The Roadmap for a sustainable solution to the illegal possession, misuse and traficking of SALW and their ammunition in the Western Balkans, by 2024 was jointly developed by the Western Balkans Authorities, under the auspices of Germany and France, in coordination with the European Union, and with SEESAC's technical assistance.

The Roadmap is the most comprehensive arms control exercise in the region, covering all key aspects from securing the stockpiles of weapons and ammunition to mainstreaming gender in SALW control and countering firearms trafficking. It represents a firm commitment to addressing the threats posed by the misuse and illicit possession of weapons in the Western Balkans and Europe at large and is a result of strong cooperation on SALW control in the region which SEESAC has fostered since 2002.

The Roadmap contributes to the achievement of Agenda 2030 and implementation of Sustainable Development Goals 5 and 16, as well as to sustaining peace in the Western Balkans, and is a model with global applicability. 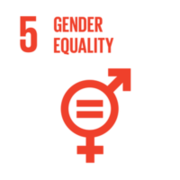