Increased Security of Stockpiles Through Infrastructure Improvements and Capacity Development 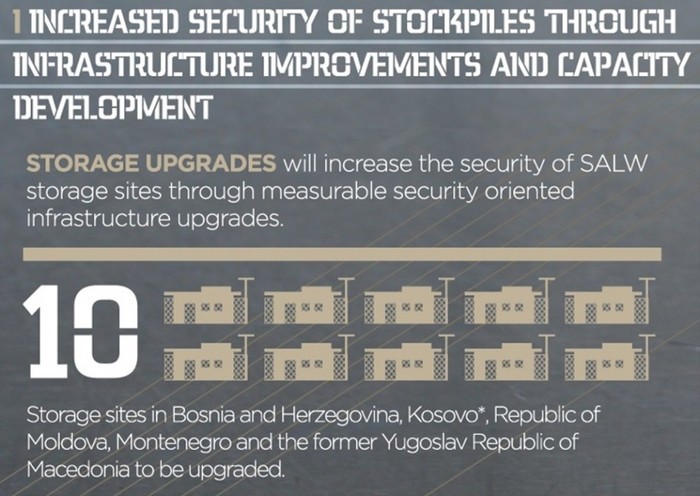 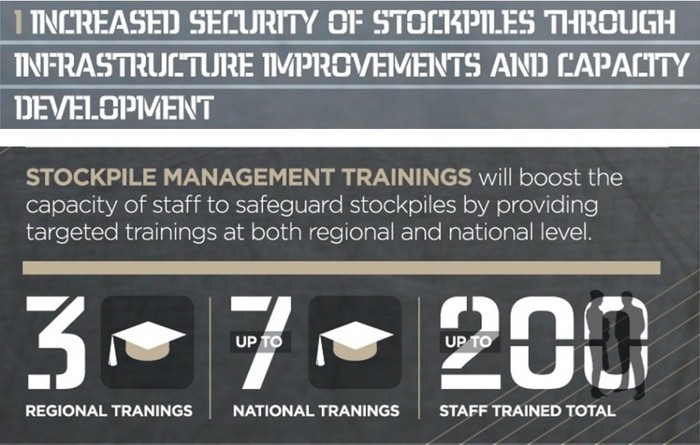 The successful implementation of Council Decision 2010/179/CFSP with a two-pronged approach of (1) improving the security of storage locations in three countries[1] and (2) building the capacity of the personnel tasked with managing stockpiles[2], significantly increased security provisions and reduced the risk of the unwanted proliferation of stockpiles of SALW and their ammunition.

Building on this achievement, the second phase of the project continued to improve the security of weapons and ammunition storages in South East Europe by providing further specific technical and infrastructural assistance in line with international best practices and standards.

The project reduced the threat of the spread and illicit trafficking of SALW and their ammunition by improving security provisions and stockpile management for the storage of conventional weapons and ammunition stockpiles in BiH, Kosovo*, the Republic of Moldova, Montenegro, Serbia and the former Yugoslav Republic of Macedonia. Security at eleven (11) storage sites was upgraded, selected based on the assessment of risks, needs and priorities.

Specifically, technical and infrastructure assistance was provided at a total of eleven (11) storage sites around the region, namely:

Activities under the EUSAC 2013 - 2016 project were a continuation of previous activities during which SEESAC assisted SEE governments in implementing their legal and political commitments in the area of SALW Storage Security Upgrades and Management Capacity Building. An overview of these efforts is available here.

[2] A Stockpile Management Course was developed and a total of 58 operation level officials from the Ministries of Defence, the Armed Forces and Ministries of Interior of Bosnia and Herzegovina, Croatia, The former Yugoslav Republic of Macedonia, Montenegro and Serbia were trained in stockpile management.