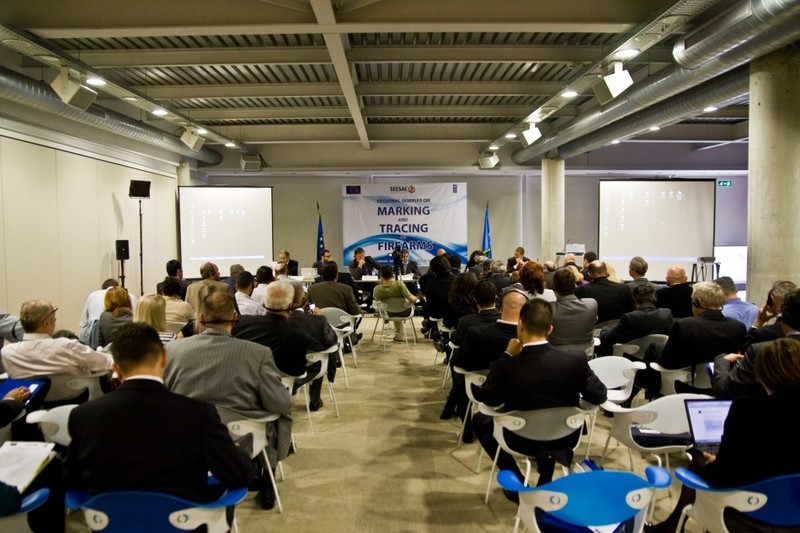 Most South Eastern and Eastern European countries contain in their legislation references to marking and tracing of weapons. All have acceded to the relevant international instruments in that area: the UN Firearms Protocol, the International Tracing Instrument and the UN Programme of Action on SALW. Many have also undertaken the harmonization of their legislation with the Council Directive 91/477/EEC on the control of the acquisition and possession of weapons.

The ongoing challenge for the SEE countries is the implementation of their legal and political commitments in the area of marking and tracing of firearms. The main difficulties are in the field of marking of imported weapons, the ballistic tracing, the development of effective weapons registration and record-keeping systems, and the participation in information exchange mechanisms.

Within the scope of activities implemented under the EU COUNCIL DECISION 2010/179/CFSP, dated 11 March 2010, in support of SEESAC arms control activities in the Western Balkans, SEESAC engaged with several governments in the region on projects providing for the equipment and technical expertise necessary for overcoming these difficulties.

Specifically, SEESAC assisted governments of Montenegro and the former Yugoslav Republic of Macedonia  establish and/or enhance the existing systems for registering weapons, issuing permits, and record-keeping of all legal weapons that are in use by both civilians and government agents by providing them with adequate software, technical equipment and infrastructure.

RMDS/Gs on MARKING AND TRACING OF SALW

Before directly supporting the development of marking, tracing and record-keeping systems, SEESAC assisted countries by developing a Marking and Tracing of SALW framework and taking the responsibility for the future of the Regional Micro-Disarmament Standards and Guidelines (RMDS/G). SEESAC agreed to take on this task in May 2003, during the RACVIAC sponsored seminar on “SALW - A year after Implementation of the Stability Pact Plan.”

Today, SEESAC’s RMDS/Gs on Marking and Tracking of SALW help ensure that all safety precautions are taken. The RMDS/Gs reflect the ongoing development of operational procedures, practices and norms, and are constantly updated to reflect the latest developments and practices in SALW Control. The SEESAC developed RMDS/Gs were used as a basis for the International Small Arms Control Standards.