A 62-year-old man shot two of his friends, both 54 years old, following a dispute. The man also shot the wife of one of the hostages. Apart from the legally owned handgun used in the shooting, the Police also seized an illegally held rifle, two handgun magazines, more than 100 cartridges, 2 air guns, and a disassembled grenade. 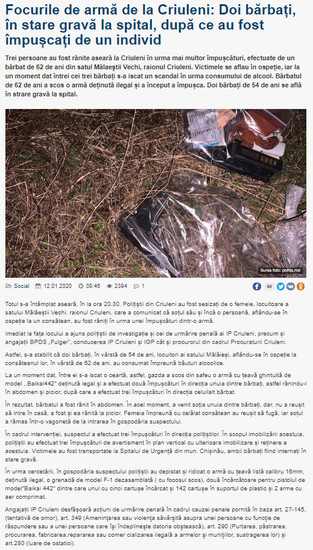