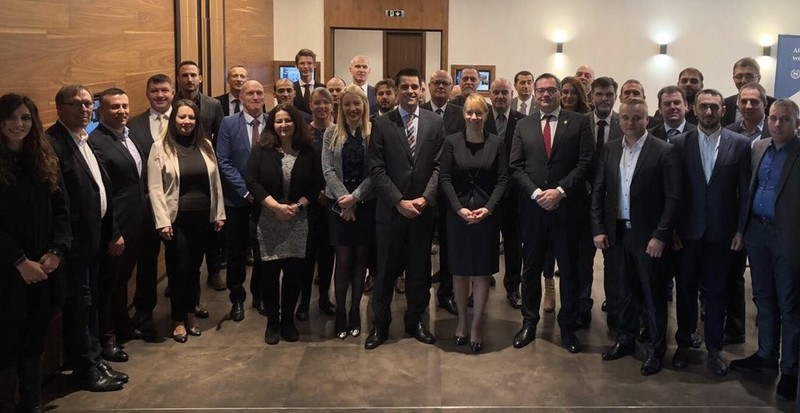 On 28 November 2019, representatives of 19 Firearms Focal Points (FFP) from the European Union (EU) and the Western Balkans, together with representatives of the United Nations Office on Drugs and Crime (UNODC), UK’s National Ballistics Intelligence Service (NABIS) and the European Border and Coast Guard Agency (FRONTEX), gathered at the second FFP meeting organized by EMPACT, in Novi Sad, Serbia, with the support of UNDP SEESAC. Participants at the meeting had the opportunity to exchange information and discuss topics of common interest including the national FFPs models, the progress made by the Western Balkans jurisdictions in the operationalization of the FFPs in the region, the 2019 activities conducted by EMPACT in support of the Western Balkans SALW Control Roadmap and the United Nations Illicit Arms Flows Questionnaire as a possible framework for collection of data under the Roadmap's Key Performance Indicator 5 .

The support to the organization of the meeting in Novi Sad is part of the broader assistance that SEESAC is providing to the Western Balkans jurisdictions in the establishment and operationalization of the FFPs, under EU Council Decision 2016/2356/CFSP. By supporting armed violence reduction and combatting illicit arms trafficking, SEESAC’s work with the FFPs contributes to the achievement of SDG 16: Promote peaceful, just and inclusive societies and its target 16.4 that includes a significant reduction in illicit arms flows by 2030.