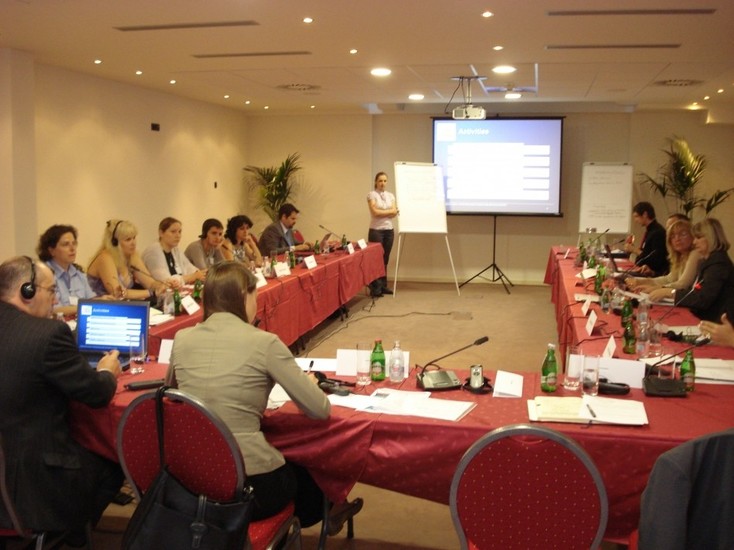 On 9-10 June 2010, representatives of Ministries of Interior and Police Services from Bulgaria, Bosnia and Herzegovina – Federation, Bosnia and Herzegovina - Republika Srpska, Montenegro, Serbia and the former Yugoslav Republic of Macedonia met in Belgrade for the Interim Steering Committee of the Women Police Officers Network (WPON) in South East Europe.

Discussion centered on the necessary steps in the establishment of the WPON. A draft of the WPON Founding Document was developed and agreed upon together with a work plan for the period until the official launch of the WPON, which is tentatively planned for November 2010.

The meeting was organized by UNDP/SEESAC in close cooperation with the Southeast Europe Police Chiefs Association (SEPCA), and the OSCE Mission to Serbia. Representatives of the Regional Cooperation Council, the OSCE Office for Democratic Institutions and Human Rights, and UNDP Serbia attended the meeting. Expert support was provided by the Geneva Centre for the Democratic Control of Armed Forces.

The meeting was held within the framework of the joint UNDP-SEPCA project Support for gender mainstreaming in policing practice in South Eastern Europe, supported by the Ministry of Foreign Affairs of the Kingdom of Norway, the Swiss Agency for Development and Cooperation, and the UNDP Gender Thematic Trust Fund. The meeting was funded by UNDP Serbia.

The Interim Steering Committee meeting was organized as a follow-up to the 3rd Expert Group Meeting on setting up the WPON held in Sofia, Bulgaria on 2-3 December 2009.

The meeting was opened by Mr. Srdjan Paskvali from the Ministry of Interior, Republic of Serbia, and Dr. Ivan Zverzhanovski from UNDP/SEESAC.

The Agenda of the meeting can be downloaded here.