A joint effort of the Ministries of Defence and Armed Forces in the Western Balkans to develop a regional Manual on combating gender-based discrimination, sexual harassment and abuse 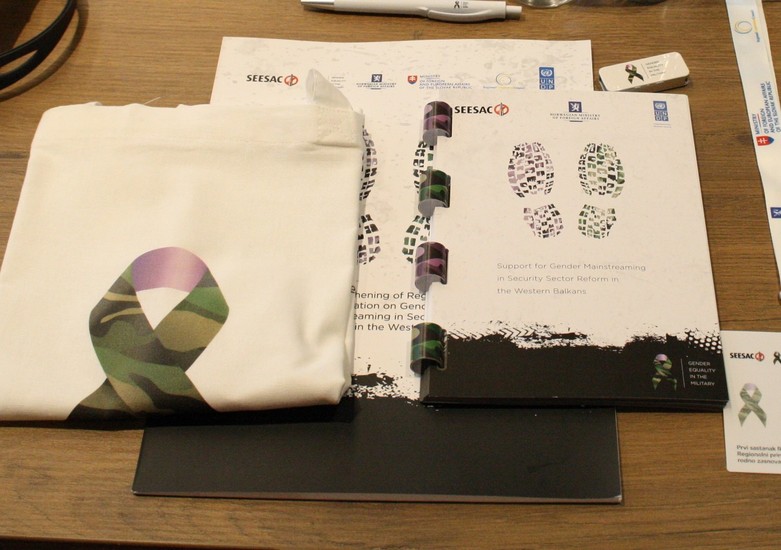 Eight representatives from the Ministries of Defence and Armed Forces of BiH, Montenegro, North Macedonia and Serbia met in the first regional meeting of the Working Group to initiate development of the regional Manual on combating gender-based violence, sexual harassment and abuse in the MoDs and the AFs in the Western Balkans. This activity was organized on 17th September 2019 in Novi Sad, Serbia, as part of the Strengthening of Regional Cooperation on Gender Mainstreaming in Security Sector Reform in the Western Balkans project that has been implemented since 2012 in close cooperation between UNDP SEESAC and four Ministries of Defence.

In addressing barriers to women's full participation in the armed forces, a key priority is to prevent gender-based discrimination, sexual harassment and abuse with the aim of providing a discrimination-free work environment for both women and men, consistent with human rights standards. Efficient complaints mechanisms are essential for this process. Therefore, the regional Manual, developed at the request of the MoDs and AFs, will serve as a practical tool for strengthening the capacities of complaint mechanisms and raising awareness of MoDs and AFs staff on what constitutes gender based discrimination and increasing their knowledge on reporting procedures.

The 1st meeting enabled the representatives of the MoDs to share information on internal complaint mechanisms and establish the methodology for developing the Manual.

The Strengthening of Regional Cooperation on Gender Mainstreaming in Security Sector Reform in the Western Balkans project is financed by the Governments of Norway and Slovak Republic. With the support of UNDP SEESAC, the project provides the Ministries of Defense and the Armed Forces in the Western Balkans with a platform where, over the next three years, they can exchange ideas and develop policies to ensure long-term and sustainable inclusion of the gender perspective in defence policies and practices.