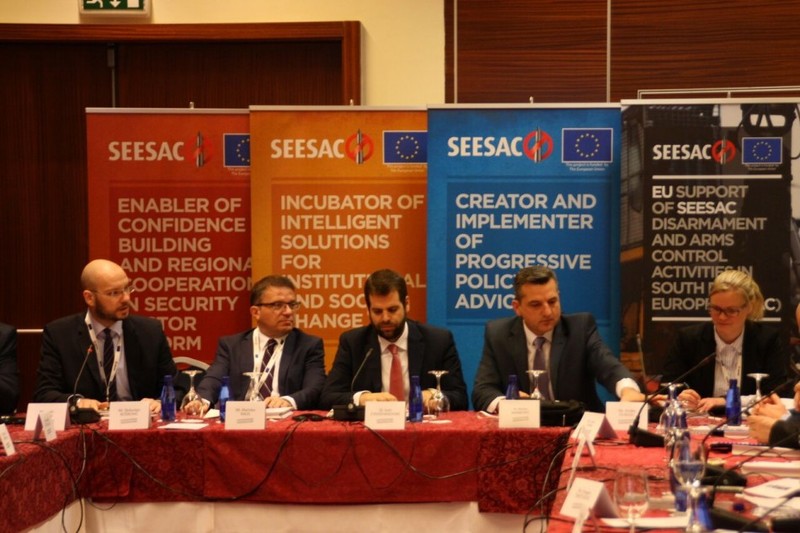 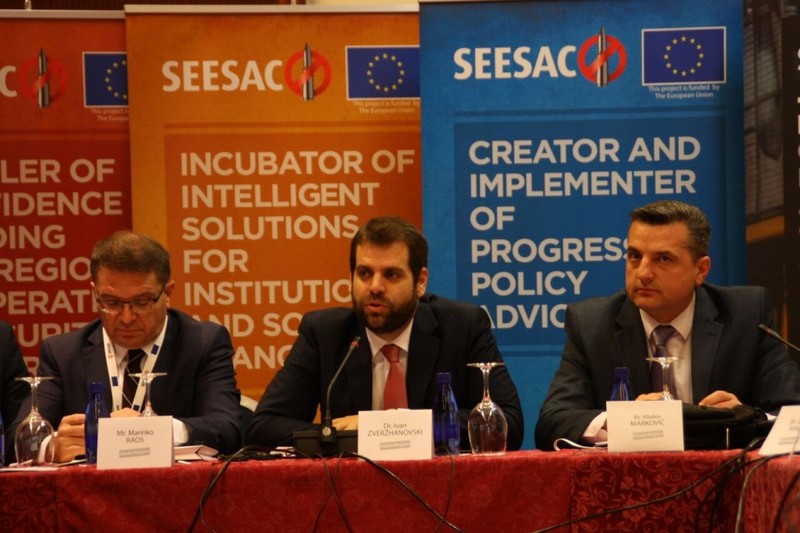 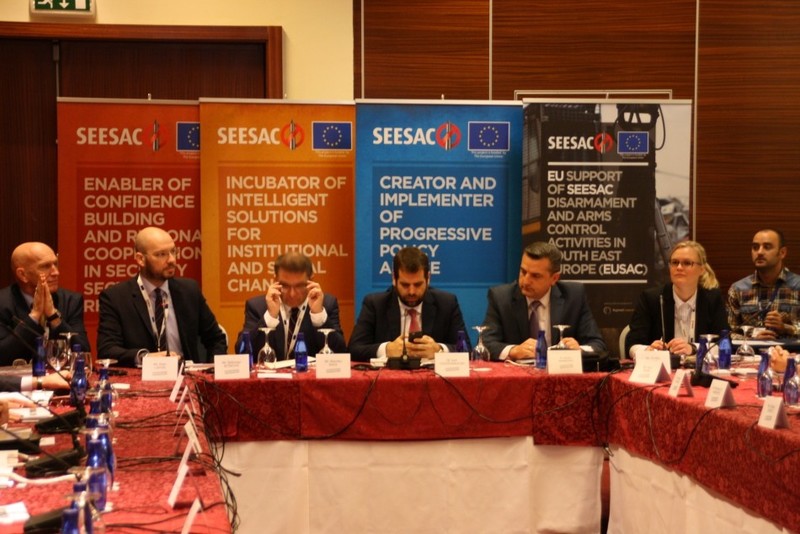 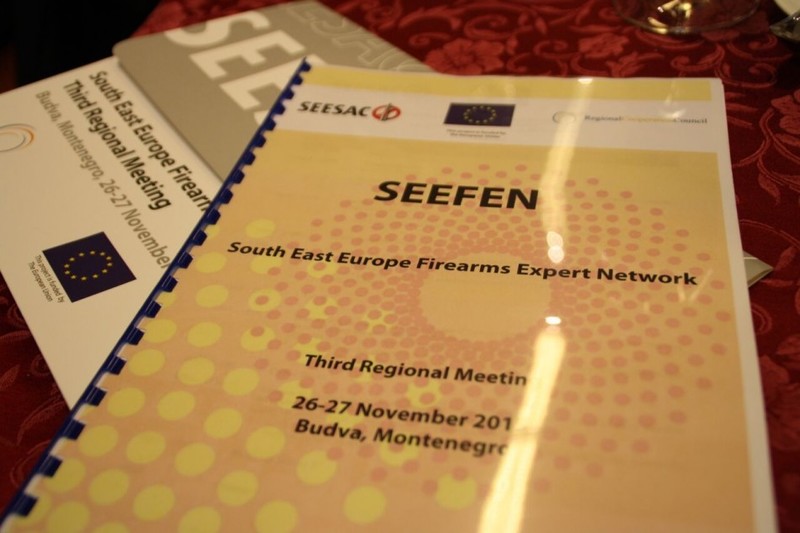 Budva – The South East Europe Firearms Expert Network (SEEFEN) held its Third Regional Meeting on 26-27 November in Montenegro.  Countering the illicit flow of firearms, improving regional cooperation and information exchange were some of the topics discussed by public prosecutors, customs, and police from South East Europe as well as their counterparts from the EULEX mission in Kosovo*, the European Multidisciplinary Platform against Criminal Threats (EMPACT), the World Customs Organization, and the Belgian Federal Judicial Police.


“The illicit transfer of firearms as a topic is always high on the agenda but never more so than in the aftermath of the recent events in Paris”, said Dr. Ivan Zveržhanovski, SEESAC Coordinator, as he opened the meeting. SEEFEN members should continue using these meetings to further support each other in the fight against trafficking – sending a clear message as a region, he added.


Senior Adviser on Security Policy issues at Regional Cooperation Council Marinko Raos also highlighted the timeliness of SEEFEN’s Third Regional Meeting, adding that the key to correctly addressing these issues is cooperation, which “is why we’re here today”.


“The abolishment of border controls is essential for the freedom in Europe but is being misused by the enemies of freedom – criminals and terrorists, which makes the job of suppressing the illegal arms trade more important and more difficult than ever”, Raos emphasized.


Each delegation is presenting updates on their efforts, developments, and results achieved in combating the illicit flow of firearms since SEEFEN’s last meeting. The delegates are sharing the challenges and lessons learnt regarding multi-sectoral cooperation in countering the trafficking of weapons. Experts from the World Customs Organization (WCO), the Belgian Federal Judicial Police and the European Multidisciplinary Platform against Criminal Threats (EMPACT) on firearms are sharing some of their insight with the police officers in tackling challenges specific for their fields of work.


SEEFEN was created to facilitate the exchange of information and the transfer of knowledge within the region and between the region and the EU while promoting practical cooperation in fighting the illegal possession and illicit transfer of firearms. The members of the Network are members of the Police services, Customs Administrations, and Public Prosecutors’ Offices of: Albania, Bosnia and Herzegovina, Montenegro, Moldova, Kosovo*, Serbia, and the former Yugoslav Republic of Macedonia. The Network held its first meeting in Durres, Albania on 23-24 September 2014.