Security of SALW and Ammunition Storage Site “Erebino” Increased with EUR 255,000 Worth of Upgrades 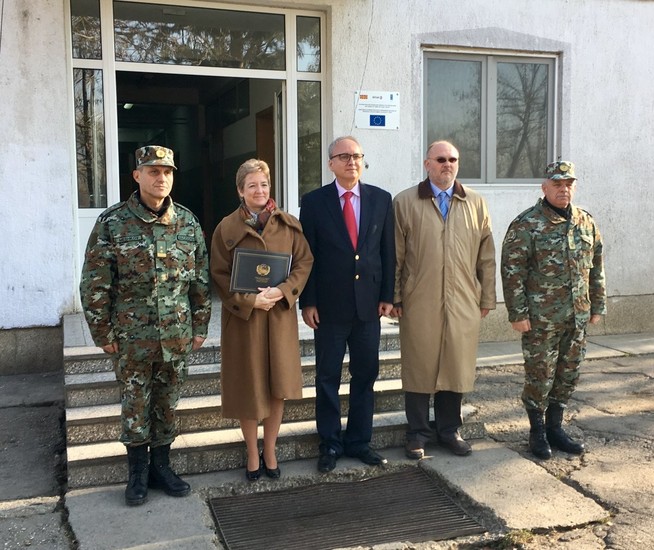 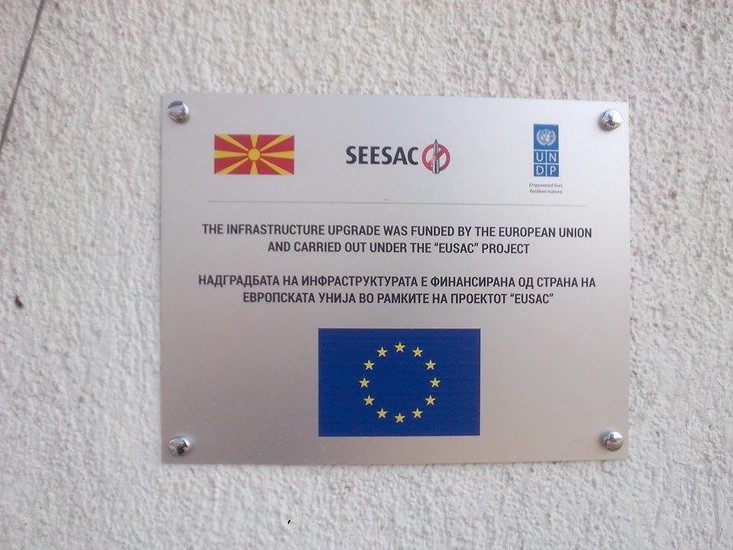 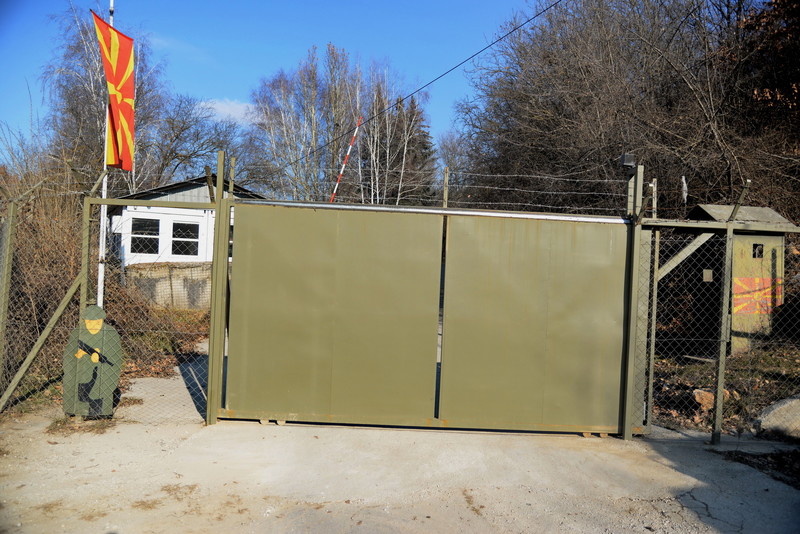 The security of the SALW and Ammunition Storage of the Ministry of Defence of the former Yugoslav Republic of Macedonia in Erebino is significantly increased thanks to European Union donation of over EUR 255,000.

Funded by the European Union (EU), the storage security upgrades worth EUR 255,000 were implemented under Component 1 of the EU Support of SEESAC Disarmament and Arms Control Activities in South East Europe (EUSAC) project.

"This project has helped increase the security at the Ministry of Defence’s main storage site for small arms, light weapons and ammunition in Erebino”, said Defence Minister H.E. Zoran Jolevski, thanking UNDP and EU for the excellent continuous partnership and cooperation.

“The improvements in the security infrastructure of this storage location, contribute to the overall effort to increase the security of stockpiles of SALW and their ammunition in the former Yugoslav Republic of Macedonia and beyond”, UNDP Resident Representative Ms. Louisa Vinton said at the ceremony, adding that “these efforts are one more contribution towards fulfilling the Goal 16 on “Promoting just, peaceful and inclusive societies”, which is part of the 17 Global Goals that we have all agreed to strive towards and determined to achieve by 2030”.

“It is encouraging to see that the former Yugoslav Republic of Macedonia and the Ministry of Defence recognize that a strong, secure and efficient control and management systems of small arms and light weapons is a prerequisite for combatting illicit proliferation and trafficking of weapons. As such, we are also proud to have been able to support you in these efforts”, Mr. Tibor Varadi said in his remarks.

Conducted in accordance with the international security standards, the enhancements of security infrastructure of the “Erebino” armament and storage facility include refurbishment of the perimeter fence, installing of a new entrance gate, securing the windows and doors, upgrading electrical installation and exterior lighting and procurement and installation of a full perimeter video surveillance.

The upgrades serve to enhance the security of SALW and ammunition storage locations, leading to more efficient management of stockpiles and contributing to a holistic approach to SALW control. Effective management reduces the risk of loss of stocks, and consequently the illicit proliferation of SALW.

With funding from the European Union, SEESAC implemented of a series of region-wide activities in the period 2014 – 2016 through EU COUNCIL DECISION 2013/730/CFSP. The upgrade of storages is part of Component 1 of the resulting EUSAC Project (EU Support of SEESAC Disarmament and Arms Control Activities in South East Europe), which is an integral part of the SEESAC SALW Control portfolio.