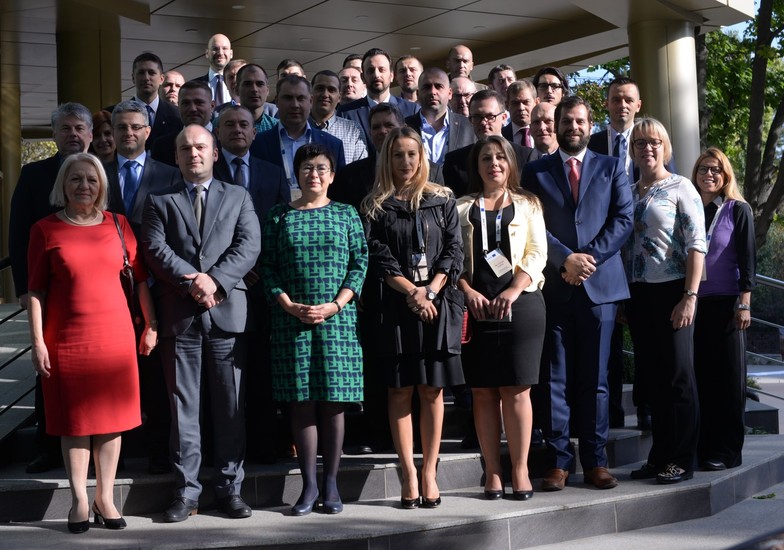 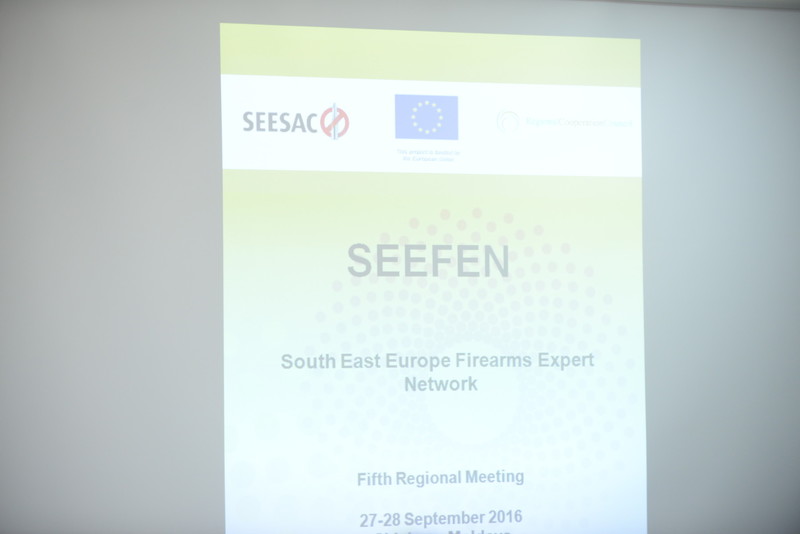 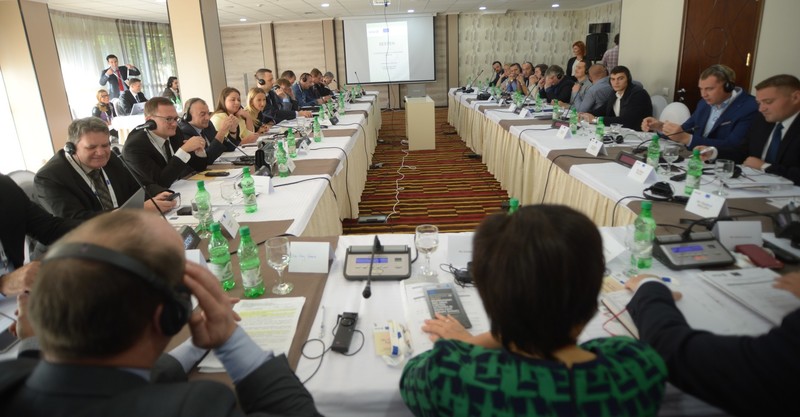 Over 35 firearms experts from South East Europe are meeting in Chisinau, Moldova on 27 – 28 September for the 5th Regional Meeting of the South East Europe Firearms Expert Network (SEEFEN). Funded by the European Union (EU), the meeting is gathering prosecutors, police and customs officials from the region to discuss their experiences, good practices and most effective ways in combating illicit trafficking of firearms.

“The threats we face are greater than individual capabilities and resources, that is why we in the RCC believe in shared efforts, cooperation and coordination. Exchange of knowledge and experience is increasingly important”, Ms. Stefana Greavu, Head of the Political Department in the Regional Cooperation Council told the participants in her opening remarks and advised them to use this opportunity to share knowledge, experience and practices and reinforce professional bonds that this forum is offering.

“Problem of illegal firearms and its trafficking remains high on EU agenda. We have to tackle this jointly and cooperate across borders”, said Ms. Ursula Pallasz, Head of the Political and Economic Section of the European Union Delegation (EUD) to Moldova. Ms. Pallasz emphasized that the EU’s increased concern over firearms trafficking requires more swift and coordinated approach and investigations.

Mr. Oleg Graur, Head of the General Department on Analysis, Monitoring and Control of the Ministry of Interior of the Republic of Moldova, emphasized the importance of the EU assistance received through SEESAC by highlighting last year’s destruction of over 1400 surplus firearms and training of 15 police officers in Physical Security and Stockpile Management. Mr. Graur announced Moldova’s 2017 priorities which include setting up of the National Commission for Small Arms and Light Weapons.

SEEFEN experts are tackling illicit flow of firearms through regional cooperation, knowledge transfer and information exchange. Each delegation presented their updates, developments and results achieved in combating illegal arms trade since the last SEEFEN meeting held in Sarajevo in April 2015.

Customs, prosecutors, and the police officials work in the plenary as well as in groups to discuss the issues faced  and to plan ahead. The participants were joined by their colleagues from law enforcement agencies in in the EU, namely SWEEDEN and United Kingdom, as well as EUROPOL and European Firearms Expert Group (EFE) to share their experiences in fighting illegal firearms trade. The Police Group discussed Joint Action Day Planning with counterparts from EUROPOL and EMPACT, while the Joint Session of the Prosecutors and Customs Groups worked on Regional Firearms Trafficking Threat Assessment. The two-day forum was concluded by agreeing on steps ahead that are to be completed before the 6th SEEFEN meeting planned for the end of this year.

Designed in close cooperation with national authorities, the EUSAC project works on the following five interrelated streams of activities:
Increased security of stockpiles: through the renovation and security improvements to storages of arms and ammunition.