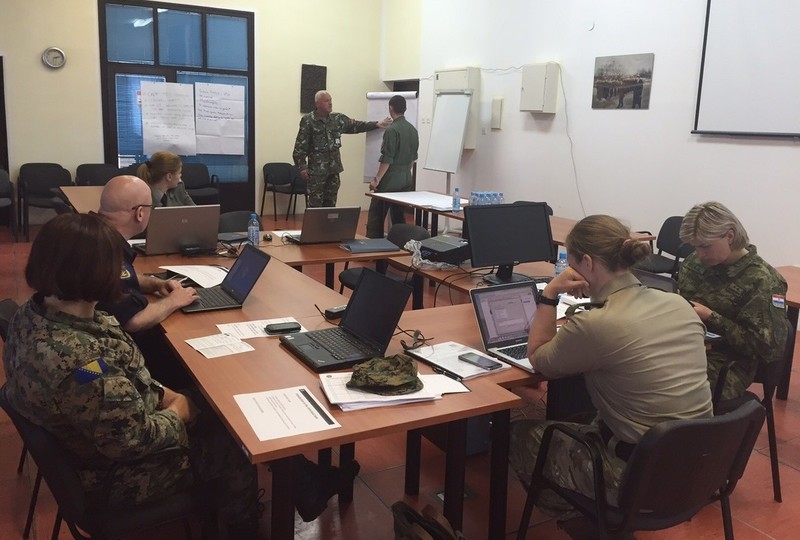 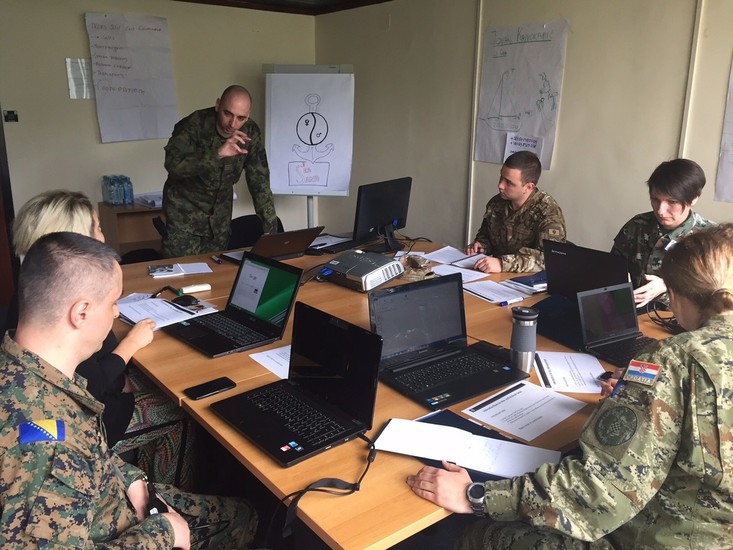 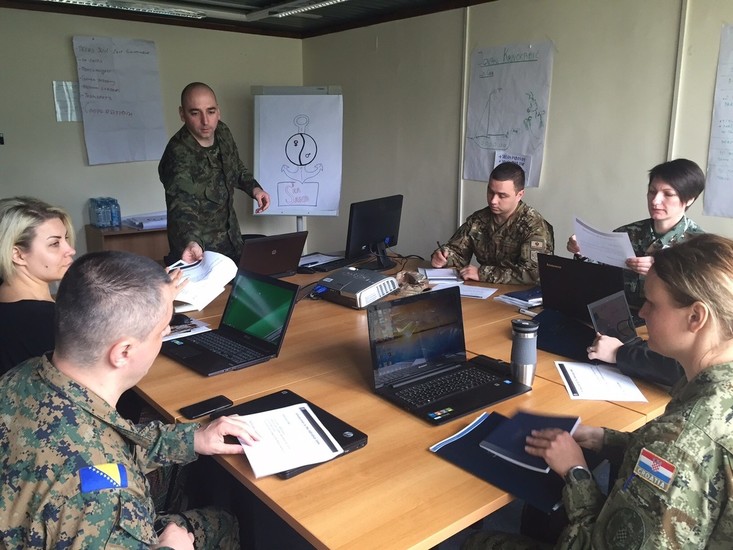 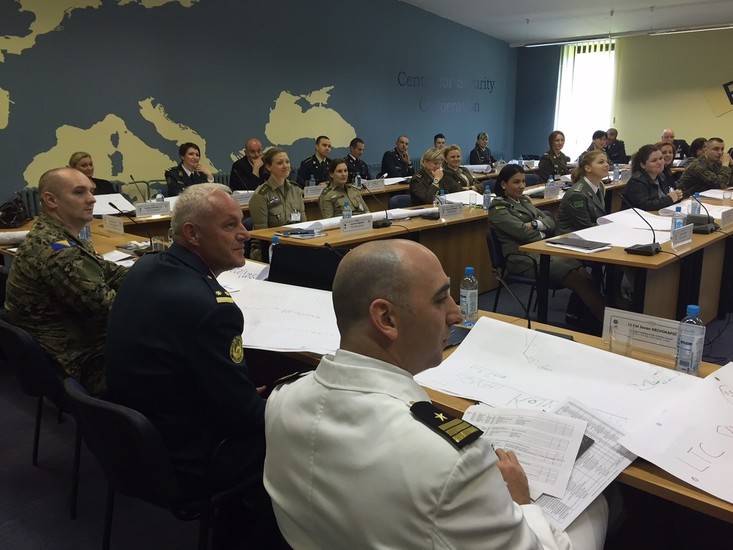 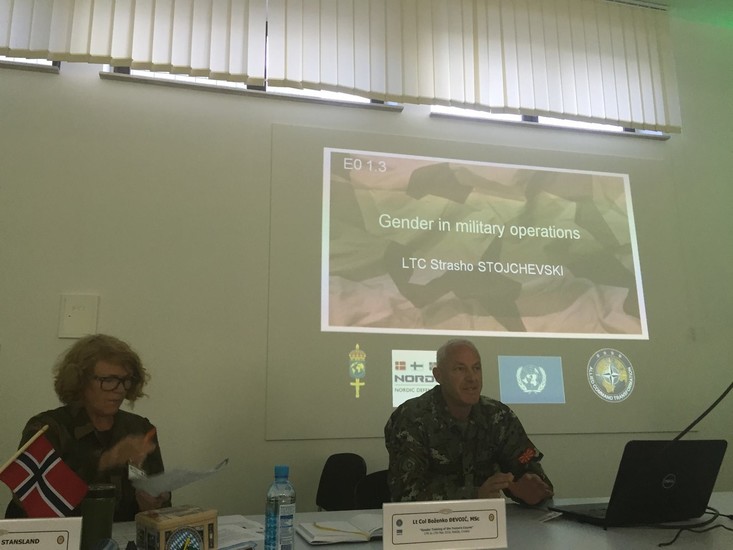 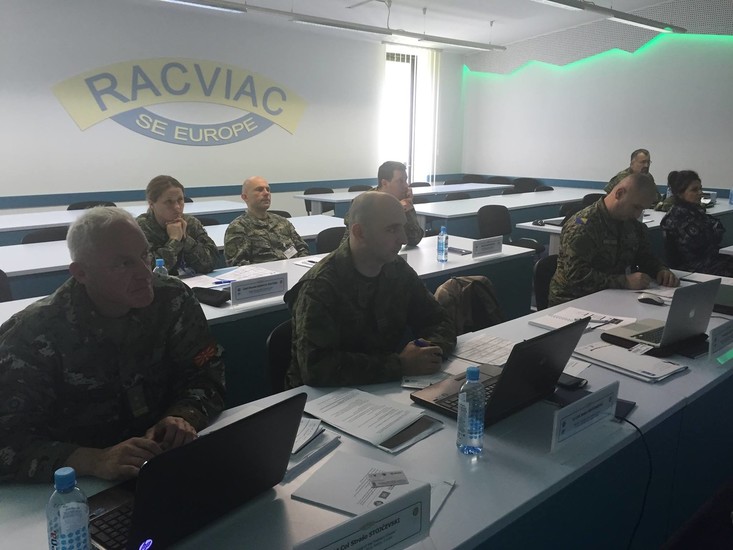 Gender Trainers from the Regional Network of Gender Trainers and UNDP SEESAC support the Nordic Centre for Gender in Military Operations, the Croatian Armed Forces and RACVIAC - Centre for Security Cooperation in conducting the Gender Training of Trainers (GToT) in Zagreb from 18 – 28 May, 2016.


Gender Trainers have been deployed to assist in this ten-day  NATO accredited course as part of the UNDP SEESAC’s Regional Security Sector Reform Platform (RSSRP).  The RSSRP has been developed by UNDP SEESAC in cooperation with the Governments in South East Europe with the aim to foster primarily South-South Cooperation through provision of quick, effective, and demand-driven, short-term targeted technical support.


The GToT prepares and enables instructors and trainers in the military to successfully plan, conduct, and evaluate education, training, and exercises with an integrated gender perspective. This course provides participants with information and skills to develop plans and gender-oriented training programmes as well as to mainstream gender in other training or education curricula. In addition, this course seeks to build a strong team of gender trainers in the region, as was the case in the Western Balkans.


During the opening ceremony, RACVIAC Program Manager for Security Sector Reform, Mr. Ivan Hostnik M.Sc, emphasized that three years after establishing partnership between RACVIAC, the Nordic Centre for Gender in the Military Operation and Croatian Armed Forces, the organization is broadening its efforts with “our new partner UNDP SEESAC and thus, recognizing the significance of this subject especially in the case of the South-Eastern European region”.


Brigadier General Gordana Garašić, from the office of the President of the Republic of Croatia emphasized at the opening that “it is especially important that our security institutions and armed forces, as the security providers, and a mirror of society, show by example what we mean by establishing the equal opportunity principle as the principle and value that is worth fighting for".


LtC Grethe Stensland from the Nordic Centre for Gender in Military Operations highlighted the importance of having many nations represented at this course, emphasizing progress in this area.


The RSSRP includes a roster of over 50 experts working on different aspects of Security Sector Reform processes, in particular on small arms and light weapons control, and gender mainstreaming in Security Sector Reform in SEE. They include police inspectors, high ranking military officers and specialists in anti-terrorism, stockpile management and ammunition maintenance, as well as arms transfers control professionals, lawyers, researchers. RSSRP has thus far already deployed its experts to Georgia, the UK, Moldova and Kyrgyzstan.