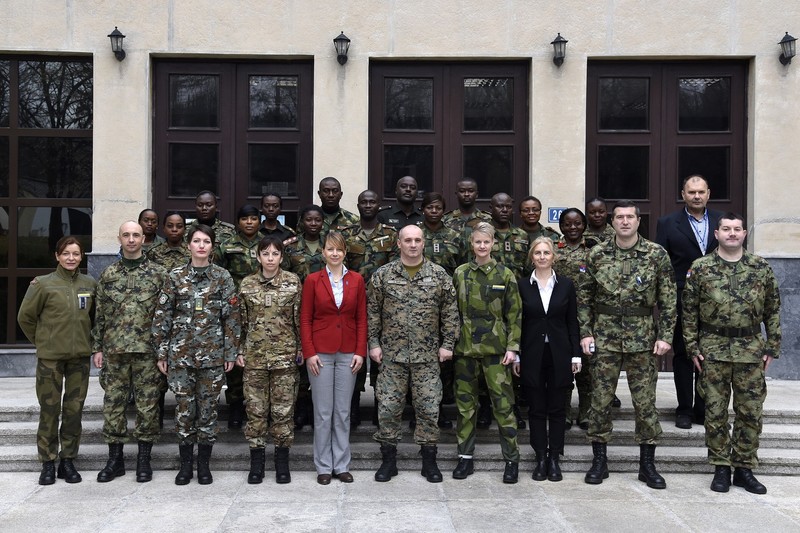 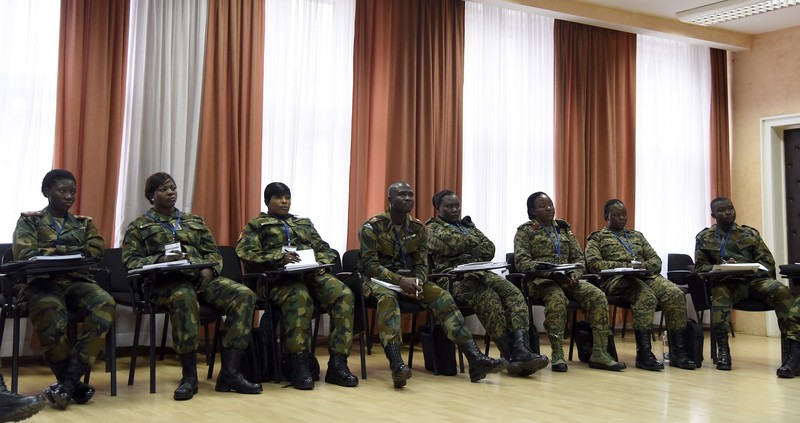 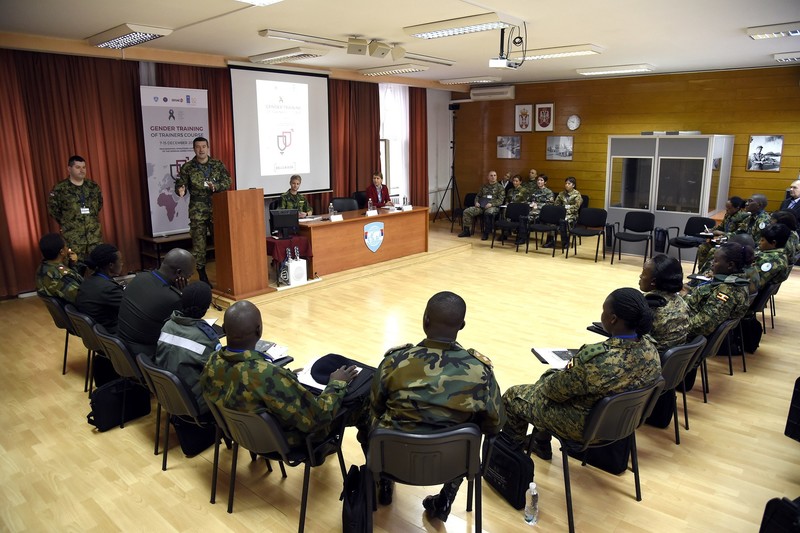 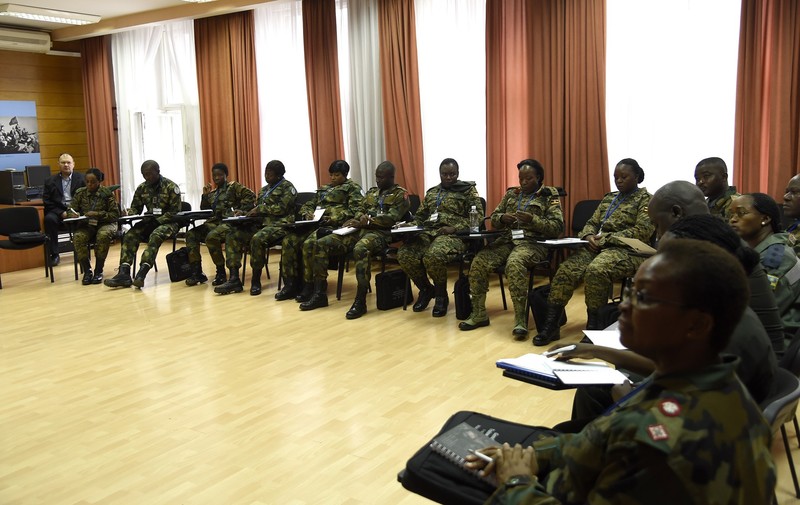 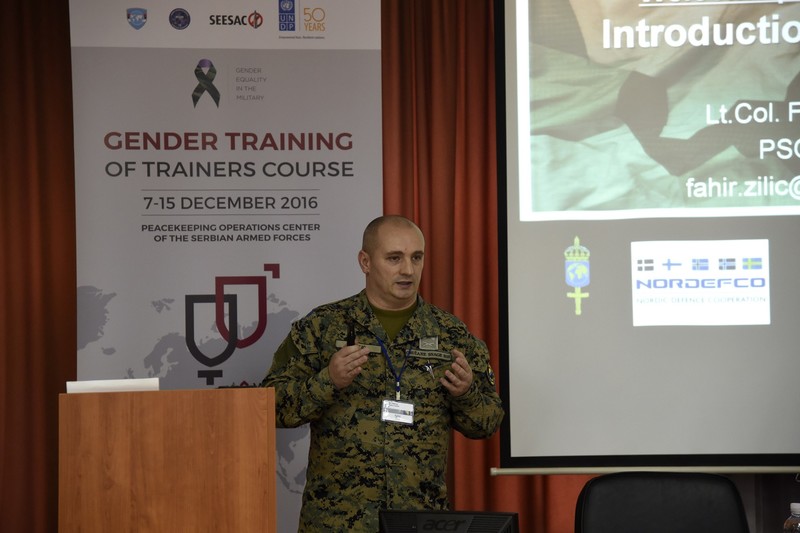 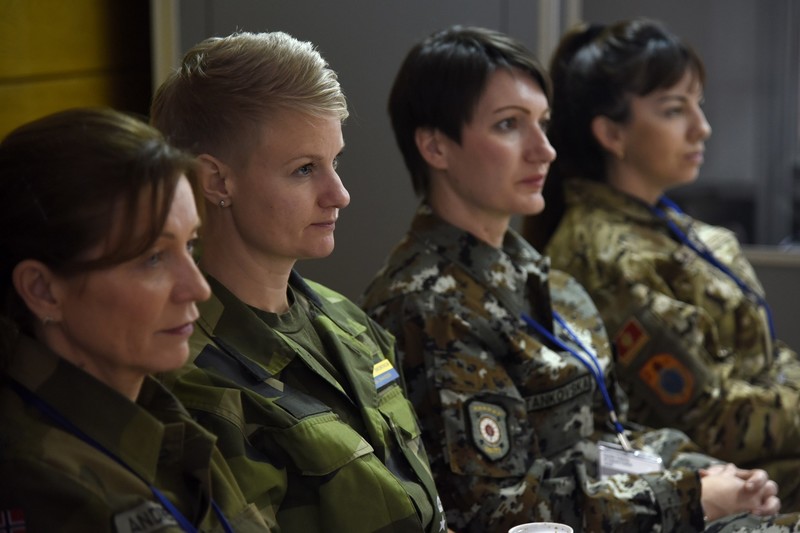 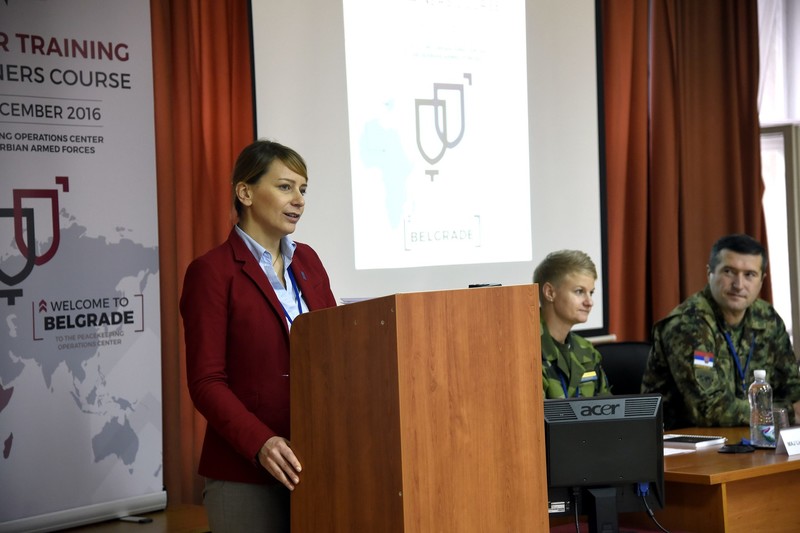 UNDP’s SEESAC initiative, together with the Nordic Centre for Gender in Military Operations (NCGM) and the Peacekeeping Training Centre of the Serbian Armed Forces are holding a “Gender Training of Trainers” (GToT) course from 7 - 15 December 2016 for fifteen (15) participants of Armed Forces from Ghana, Nigeria, Uganda and Rwanda. The course is delivered by gender trainers from the Ministries of Defense and Armed Forces in BiH, Montenegro, Serbia and the former Yugoslav Republic of Macedonia, with support from NCGM and UNDP.

The aim of the course is to build upon results achieved  within UNDP’s Gender Equality in the Military in the Western Balkans project, and utilize the capacities developed to foster south south cooperation. With the support of the project a Regional Network of Gender Trainers was created. These Gender Trainers organized gender briefings and seminars for over 4,700 officers, soldiers and civilians in MoDs and AFs in the Western Balkans since 2014, thus raising gender awareness and creating a more enabling environment for both women and men in the military and are now delivering a course for the African military personnel.

The course is an opportunity for the participants to get acquainted with the good practices observed in advancing gender equality in the military in the Western Balkans and to create networks with the existing military gender trainers in BiH, Montenegro, Serbia and the former Yugoslav Republic of Macedonia.

The course is implemented as part of the UNDP SEESAC’s Regional Security Sector Reform Platform (RSSRP). The RSSRP has been developed in cooperation with the Governments in South East Europe with the aim to foster South-South Cooperation through provision of quick, effective, and demand-driven, short-term targeted technical support.The RSSRP includes a roster of over 50 experts working on different aspects of Security Sector Reform processes, in particular on small arms and light weapons control, and gender mainstreaming in Security Sector Reform in SEE. Through the RSSRP Gender Trainers were already deployed to Georgia, the United Kingdom and Croatia.