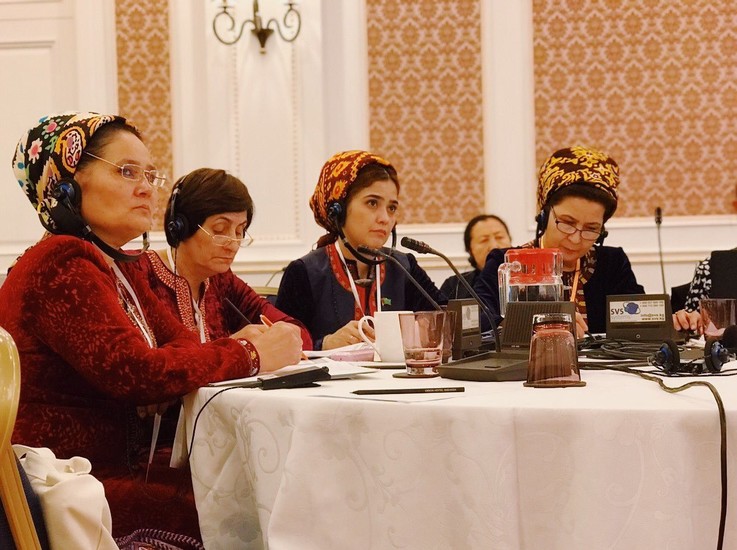 Western Balkans experience on the role of the police in combatting violence against women and girls shared with more than 60 government and parliamentary representatives from Central Asia gathered at a United Nations regional conference in Bishkek.

One in three women worldwide experienced a form of violence, often from someone they trust. This violence transcends generations as children witnessing or experiencing abuses at home can become victims or perpetrators as they become adults. The police, as the first state representatives that a victim of violence comes in contact with, has a key role to play in both combating and preventing the gender-based violence pandemic.

Sanja Sumonja is an inspector in the Ministry of Interior of Republic of Srpska, Bosnia and Herzegovina and chair of the board of Ministry of Interior Women’s Network. Sanja has been working with SEESAC on mainstreaming gender in the police since 2010. At the conference in Bishkek, Sanja shared her experience on the role of women police networks in instilling institutional change to combat violence against women and girls. Sanja’s mission was enabled by SEESAC regional security sector reform platform, a mechanism that enables sharing expertise on niche rule of law areas, from small arms and light weapons control to gender equality, from the Western Balkans to the world.

Find out more about the conference here.