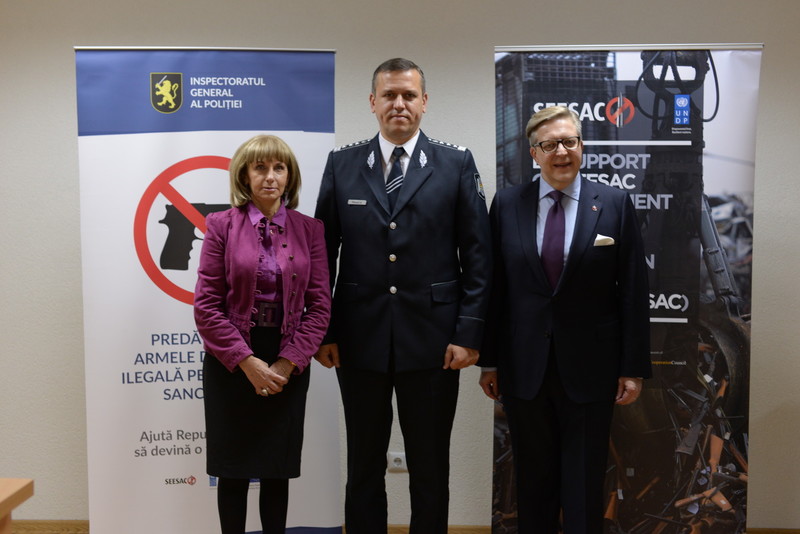 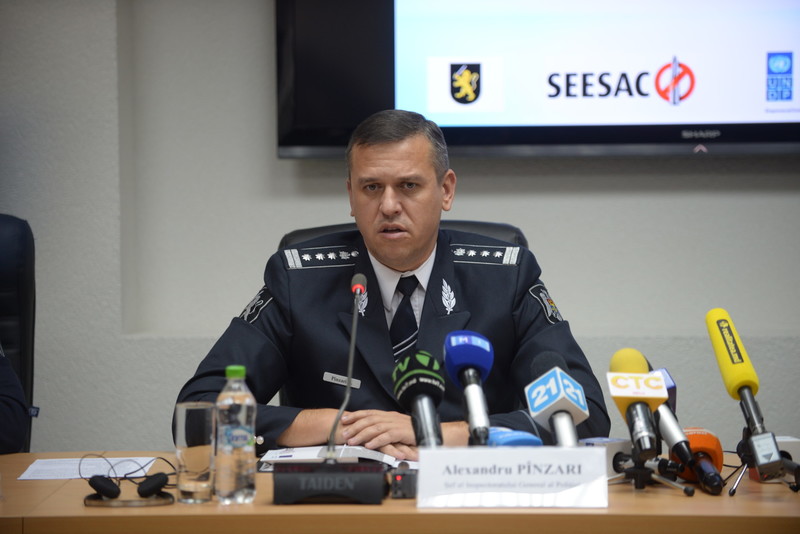 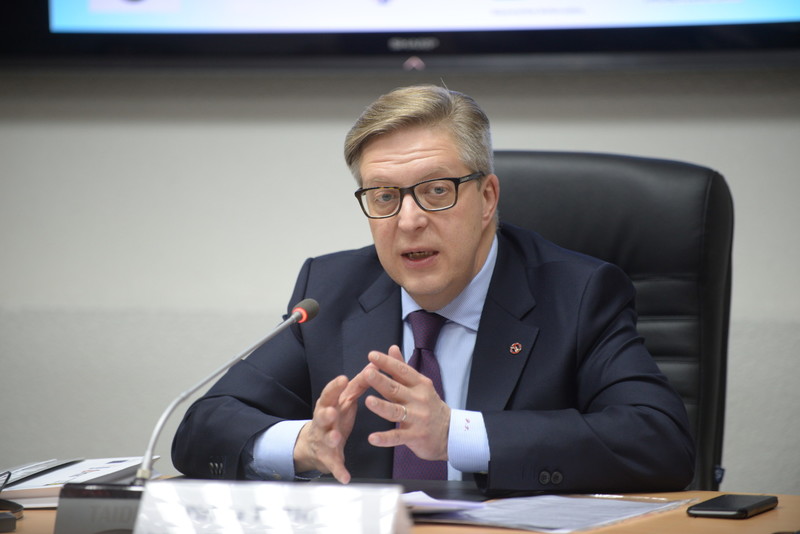 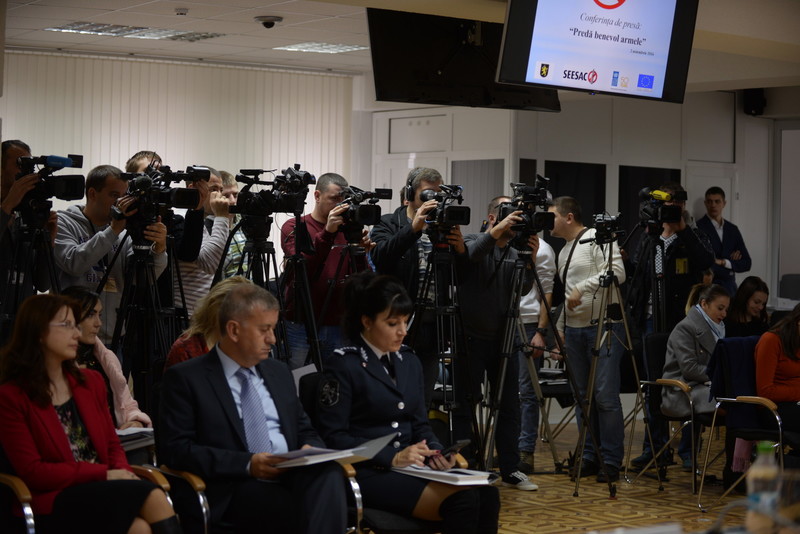 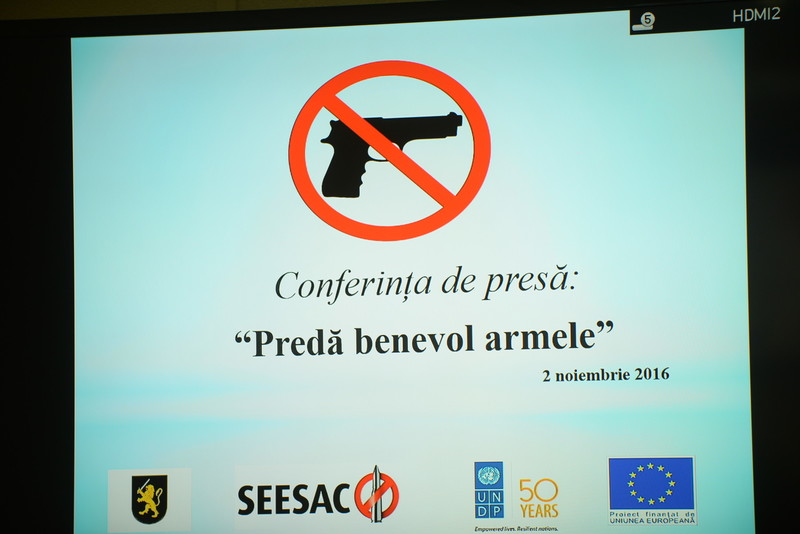 CHISINAU – 2 November 2016. “Let’s Make Moldova Safer” campaign was launched today, to assist Moldovan law enforcement authorities in raising awareness on registration of firearms, surrender of illegal firearms and to reduce the demand and misuse of weapons by citizens.

The campaign is taking place from 2 November until middle of December 2016, with funding from the European Union and implemented by Moldova’s General Police Inspectorate, together with UNDP SEESAC.

To ensure public safety, the General Police Inspectorate is calling on all citizens to voluntary surrender illegally held firearms and ammunition to the police”, the Director of the General Police Inspectorate of the Republic of Moldova, Mr. Alexandru Pinzari said at the news conference, adding that the GPI is asking all citizens “to inform the police using "902" phone number about the whereabouts or possession of different types of firearms, explosive or any other devices”.

The aims of the campaigns are several. In the short term, the aim is to inform the public about the ways in which to legalize and surrender illegal weapons and to facilitate the collection of illegal and unwanted weapons, explosive devices, ordnances, and associated ammunition held by the population. Long-term, the campaigns are designed to raise awareness about the dangers posed by SALW”, European Union Ambassador to the Republic of Moldova Mr. Pirkka Tapiola told the media.

"“Moldova is joining the region in efforts to raise awareness about the danger of illicit firearms as, similar campaigns have been supported throughout the region through EU funds and by UNDP SEESAC. This campaign will not only strengthen national and regional security, but it will also emphasise Moldova’s contribution to regional and global non-proliferation efforts and contribute to peace and stability”, UN Resident Coordinator and UNDP Resident Representative Ms. Dafina Gercheva highlighted during the launch.

To assist the countries of South East Europe in their efforts to address the issue of illicit firearms, the Council of the European Union passed the Council Decision 2013/730/CFSP in support of SEESAC Disarmament and Arms Control Activities in South East Europe (EUSAC project) on 9 December 2013 and provided necessary funds for arms control activities to be implemented by UNDP SEESAC. Through the EUSAC project, since 2014, awareness and collection campaigns have taken place in Bosnia and Herzegovina, Serbia and Montenegro.