Gender equality in the military 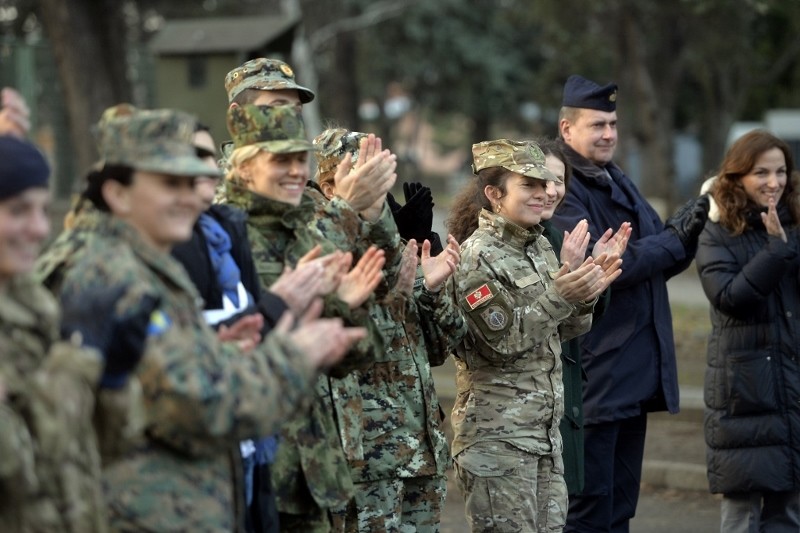 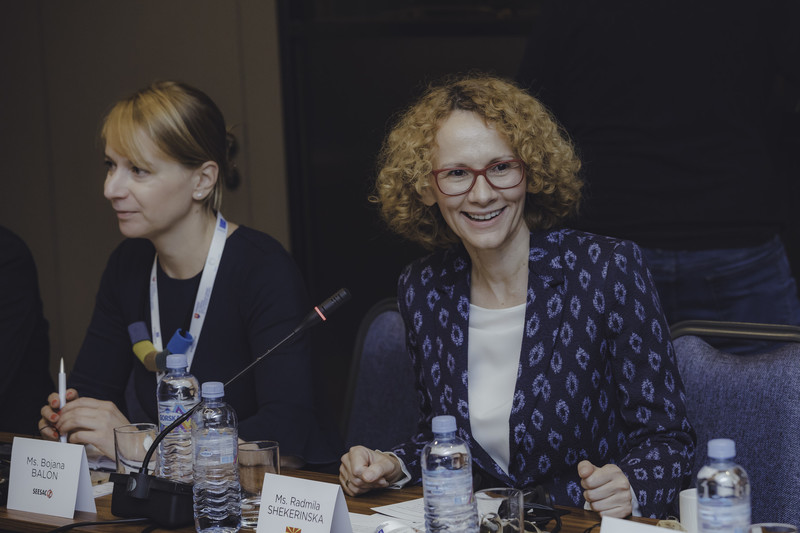 Why is it important?

Agenda 2030 for sustainable development is the plan of action for people to make the world a better place for all. By linking the Global Goals on Gender Equality to achieving Peaceful societies, Justice and Strong Institutions, it fully acknowledges that no true development can be achieved if half of the world population is left behind. Achieving gender equality in the armed forces is a prerequisite for sustainable development and the security sector institutions need to mirror the societies they serve, to be able to fulfil their role.

Ministries of Defence in the Western Balkans, supported by UNDP SEESAC, embarked on the long-term mission to make security institutions fit for gender equality. Now, more personnel are aware of the importance of gender equality in the armed forces, human resources policies have been reformed to strengthen career prospects of women officers, and there are mechanisms in place to ensure gender equality. Also, the Regional Network of Gender Military Trainers is working with their colleagues to make gender the norm in their institutions.

Building upon the successful implementation of Phase I (2012-2016), UNDP SEESAC and Ministries of Defence in Bosnia and Herzegovina, Montenegro, North Macedonia and Serbia - with the aim of consolidating and ensuring the sustainability of results achieved during Phase I - began the implementation of Phase II (2019-2021) of the Strengthening of Regional Cooperation on Gender Mainstreaming in Security Sector Reform in the Western Balkans project, funded by the Norwegian Ministry of Foreign Affairs and Slovak Ministry of Foreign Affairs.

Our current work on gender equality in the military 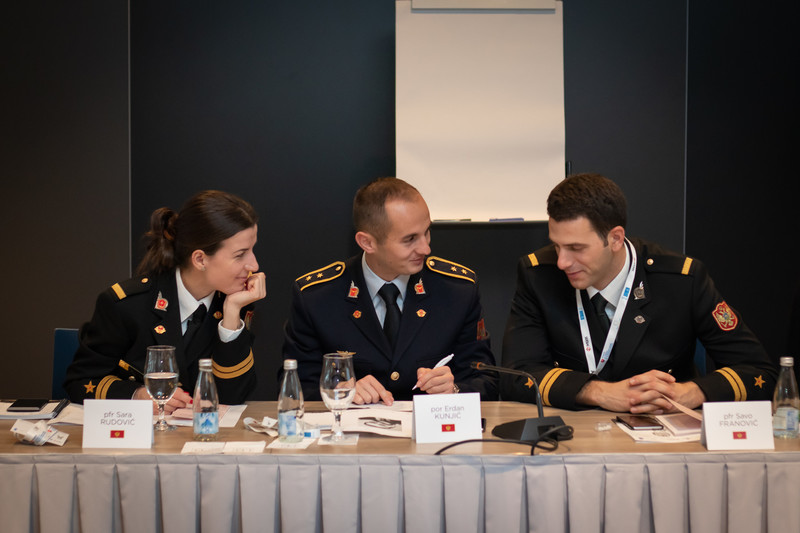 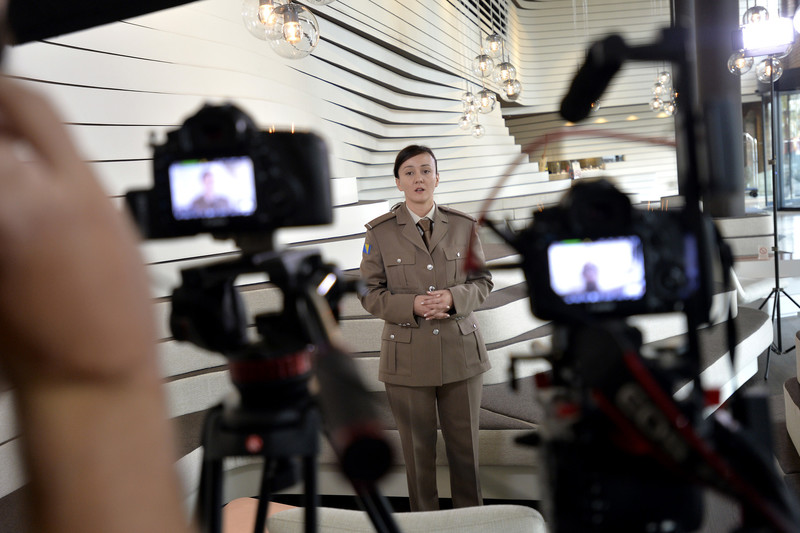 The Ministries of Defence in the Western Balkans are regularly sharing knowledge and practical examples on how to integrate women in the Armed Forces and enable a working environment free from discrimination. To improve the capacities of developing gender responsive policies and gender equality mechanisms, they share experiences, policies, regulations, and lessons learnt.

Today, members of the Regional Network on Gender in the Military trainers are being invited around the world to share their expertise on making gender equality the norm in the institutions they serve. For example, Gender in the Military trained their peers from Ministries of Defence and the Armed Forces from Ghana, Nigeria, Uganda and Rwanda. These knowledge and experience exchange from the Western Balkans were enabled through the Regional Security Sector Reform Platform. Find out more about this global expertise sharing mechanism here.

What did we previously achieve? 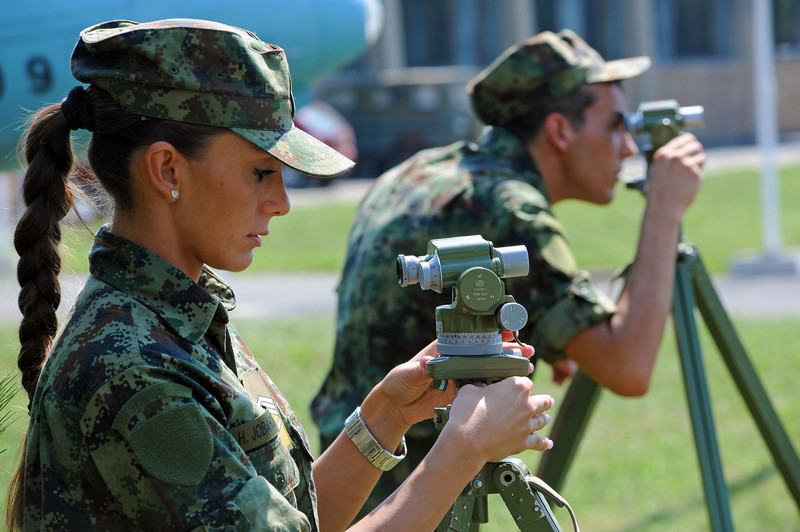 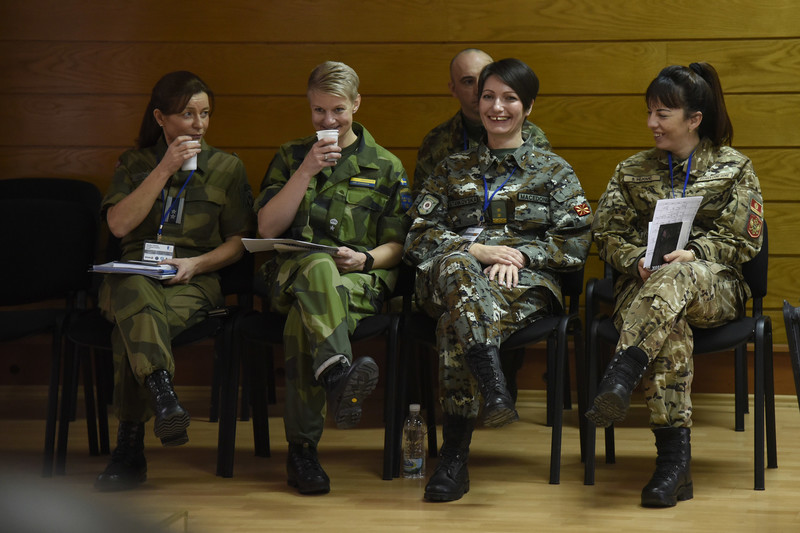 Regional cooperation, knowledge exchange and information-sharing, and enhancing capacities for gender responsive policymaking are the foundations of SEESAC’s approach to gender mainstreaming in Security Sector Reform in the Western Balkans. Unique regional platform of gender equality mechanisms in the Ministries of Defence and Armed Forces in Bosnia and Herzegovina, Montenegro, North Macedonia and Serbia was created that enabled regular exchange of information and knowledge sharing on various topics of relevance for MoDs and AFs.

A network for change

Our gender equality in the military project enabled the creation of a network of gender in the military trainers. 33 trainers delivered gender briefings and seminars for over 4,700 officers, non-commissioned officers, soldiers and civilians in the Ministries of Defence and the Armed Forces in Bosnia and Herzegovina, Montenegro, North Macedonia, and Serbia. These learning initiatives advanced gender awareness as well as knowledge on how to integrate the gender perspective in defence policies across the region.

Within the framework of this project, the Gender Coach Programme has been piloted for the first time. The aim of the programme is to boost the gender-responsiveness of institutions by developing competencies and fostering commitment among the senior management through a tailored one on one programme, between gender expert, the Coach and high-level representative of MoD or AF. The programme has been already implemented in Albania, Bosnia and Herzegovina and Montenegro for presidents of small arms and light weapons (SALW) commissions, by SEESAC gender and SALW expert, with visible results, including the development of gender sensitive policies based on sex and age disaggregated data.

To enhance the professionalization of Ministries and Defence and the Armed Forces personnel in the Western Balkans, study visits to Sweden, the Netherlands, or Spain were organized. Also, 22 women officers from the Armed Forces in the Western Balkans to participate in a variety of short specialized defence and security courses thus strengthening their knowledge and skills and contributing to their professional development.