When the Swedish Armed Forces have Designs on Gender Equality 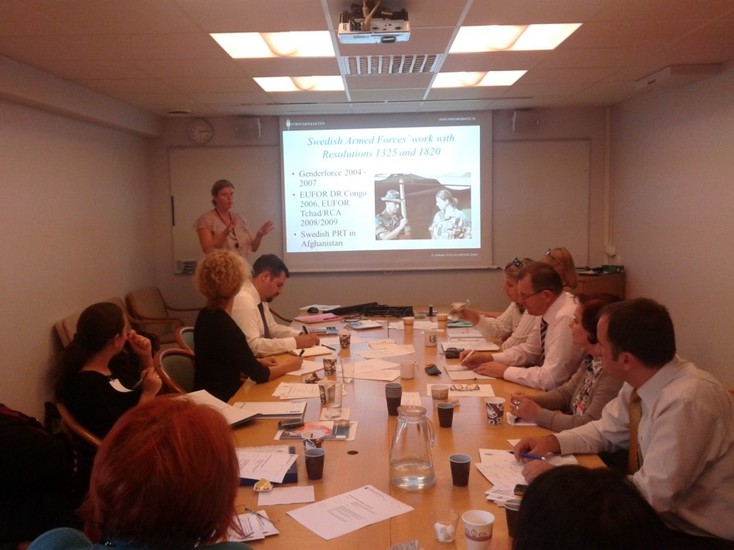 Question: How do you know when gender equality is truly embedded in your country’s armed forces?

Answer: When a high-ranking male officer serves coffee to a delegation at an official meeting.

This is what happened during a study visit to the Swedish armed forces and the Nordic Centre for Gender in Military Operations, organized for representatives of the ministries of defence in the Western Balkans.

All the participants at the meeting commented positively on the gesture of our host, although they admitted that this is not general practice in their working environment. Serving coffee is traditionally done by women.

The common understanding is that gender sensitivity is the norm in Sweden. The question is, how did an army that is just as male dominated as armies in other countries become gender sensitive?

On closer inspection, the Swedish model of gender mainstreaming in the armed forces is as simple and practical as Swedish interior design. Gender equality is part of the military doctrine in Sweden.

What is the driving force behind this? Soldiers are taught that not only is gender equality is an integral part of human rights, but it is a prerequisite for an efficient army.

Our hosts explained that there are few female officers in the Swedish armed forces, but that to counter this, recruitment campaigns target women. This means dropping their previous poster campaign showing a photograph of a man and the slogan “Do you have what it takes to be in the army?”

The gender advisor at the Swedish armed forces talked about their approach to training on gender equality. One of the topics covered is the implementation of United Nations Security Council Resolution 1325 on women and peace and security. Instead of giving lectures and presentations, they launch discussion topics, using many examples from experience in the field. This kind of open dialogue encourages members of the armed forces to take more interest in gender equality.

The visit to the Swedish armed forces was inspiring for the representatives of the ministries of defence in the Western Balkans, and opened up new opportunities.

The Nordic Centre for Gender in Military Operations invited some of our representatives to take part in the Commanding Officer Seminar on Gender Perspective in Military Operations that will take place in December at Swedish Armed Forces International Centre. Their participation will be supported by UNDP/SEESAC with the aim of advocating for gender equality.