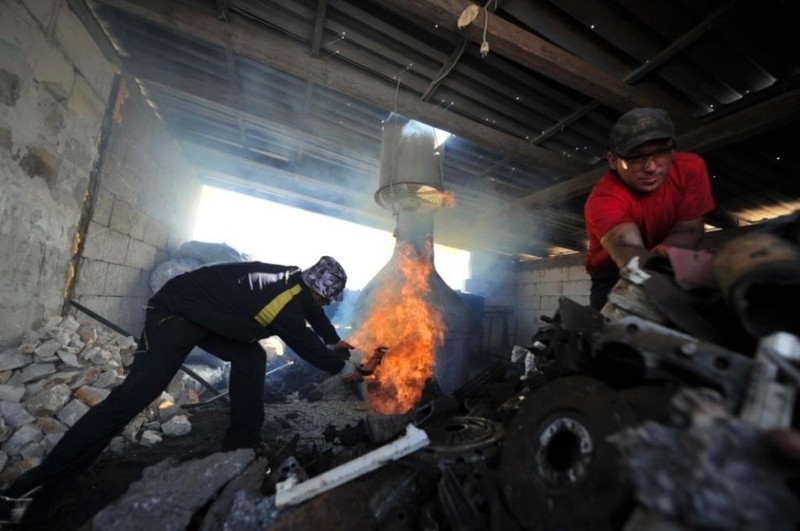 In the Balkans, small arms are widely available.

Celebratory fire is a common occurrence, from weddings to New Years celebrations. Growing up in my neighbourhood in Belgrade, small arms were a common sight among young men. Disputes between rivals, neighbours or even family members all too often ended with the use of weapons.

Even today, stories of shoot-outs and killings in some of Belgrade’s most famous nightspots are a regular occurrence.  The same holds true of much of the region.

Just last Sunday, I read how the calm of the day was broken in Tirana when a “businessman” was gunned down while sitting in his car at a traffic light; while days later, the owner of one of the largest banks was killed in broad daylight in a busy area.

These events make news, but no one is shocked anymore.

At SEESAC, we even started tracking this phenomenon by establishing the Oruzje na meti crowd-sourcing platform.

Today we know that we have an average close to one reported instance of use of firearms a day in Serbia. And we believe that similar numbers are common for the region as a whole.

This phenomenon is clearly linked with the existence of a pervasive gun culture in the Balkans. It is difficult to deny that most of my acquaintances in the region like weapons; and the culture is passed on to new generations. As far as I am aware, my two young sons are the only boys that I know that have never owned a toy weapon.

But I also know we must consider the supply side.

The sheer number of both legal and illegal weapons circulating in the Balkans is mind-boggling. It is easy to get a weapon, and for the most, there remains no real threat of punishment for its possession.

Recent floods in the region literally brought the problem to the surface when in Bosnia and Herzegovina water saw thousands of floating guns and pistols emerging from basements and flooded houses.

We are now working closely with colleagues in Bosnia and Herzegovina to ensure the safe destruction of those same weapons and munitions.

And this is why our work is so important. We have been securing stockpiles by improving storage security; improving legislation; trying to reduce the number of weapons held by populations through collection and legalization campaigns; and reducing surpluses through small arms destructions and ammunition disposal.

We have been operating for over a decade with the notion that a regional problem demands a regional solution; and to date we’ve supported and coordinated efforts to destroy almost 300,000 pieces of SALW in the Western Balkans.

Today, together with our counterparts from the region, we continue this effort.

Today, 9 July is International Gun Destruction Day (IGDD). Initiated by the United Nations in 2001, this day serves to remind us about the threat that excess, poorly secured, and illegal weapons pose to our everyday safety and security – especially in the Western Balkans.

Albania, Bosnia and Herzegovina, Kosovo*, Montenegro, and the former Yugoslav Republic of Macedonia have all committed to partaking in the 9 July activities.

By organizing parallel destruction events, they will help the region shed a significant number of small arms in one day, strengthening safety and security at home, as well as abroad.

I hope you’ll join us throughout the day and beyond. For live updates, come and join the conversation on Twitter.