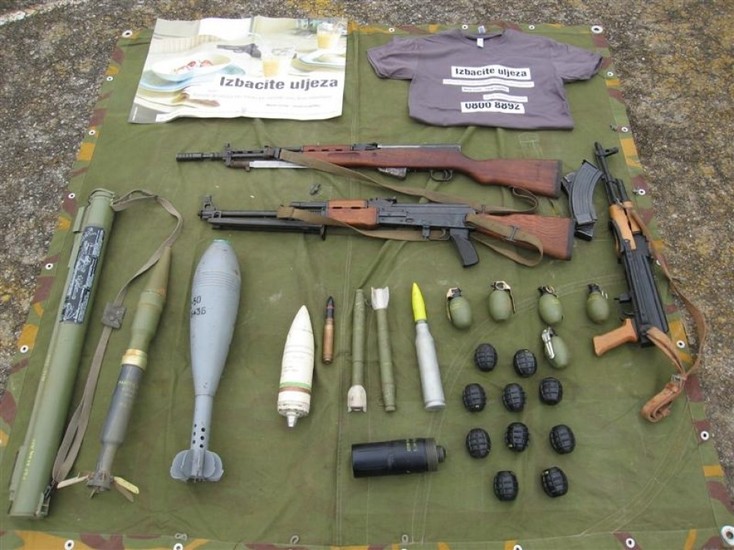 ‘Know what you don’t know,’ said one of the trainers.

I immediately took it as a philosophical cue, conjuring up an amalgamation of words I don’t know – from aardvark (is it an office supply item?) to zyzzyvas (a type of shoe?).

Right. I’m at a workshop for journalists on identification of small arms and light weapons. And what the trainer actually means is that we should be aware of what we don’t know. Only then can we truly ask for help.

As for me, I can’t tell the difference between an AK-47 and a VZ.58. So when an article says that the Charlie Hebdo attacks were carried out using AK-47s smuggled from Libya or the Balkans, or that Malaysian Air MH17 was shot down using MANPADS, I’ll believe it.

I’m relying on reporters to tell the stories that matter.

The thing is, most reporters themselves don’t have time to become experts on firearms.

‘I’ve covered several stories on firearms,’ one of our workshop participants told me. ‘But the life of a reporter is hectic – one day it’s firearms; the next day it’s education reform. I do want to learn more, but there’s never enough time…’

Familiar feeling. I work directly with this topic and even I don’t feel completely fluent.

Which is why I was very excited to be part of the training, along with our 13 participants from various media outlets in South East Europe.

So here we are, with the greyed apartment buildings of downtown Belgrade as our backdrop, and the guidance of our colleagues from Small Arms Survey, who are delivering the workshop - simultaneously translated into four languages’.

They just explained the principles of weapons identification, the arms trade context (legal and illegal), as well as relevant legislation and other control measures.

‘Does it matter?’ interjects one of the journalists. ‘Firearms victims don’t spring back to life or become healed of their wounds simply because we know what shot them.’

I see her point, I do. It might seem futile in the grand scheme of things – especially considering the victims and survivors – to get bogged down on where a particular type of gun came from.

But getting these stories right does matter.

Take the Charlie Hebdo shooting as an example. One of the weapons misidentified as an AK-47 was in fact a VZ.58. Made in former Czechoslovakia, deactivated in current-day Slovakia – that is, manufactured and purchased in what is now an EU Member State.

Correctly identifying a weapon changes the stories we read, which in turn has an effect on public opinion, impacting policies.

Correct information can shift the topic from firearms smuggling from North Africa to the EU, to deactivation standards within the EU – leading to stricter rules and changes in legislation.

The big stories in South East Europe right now seem to center around the illicit trafficking of firearms. This is why this training – organized by us and delivered by Small Arms Survey – aimed to give reporters more tools to tell the right stories.